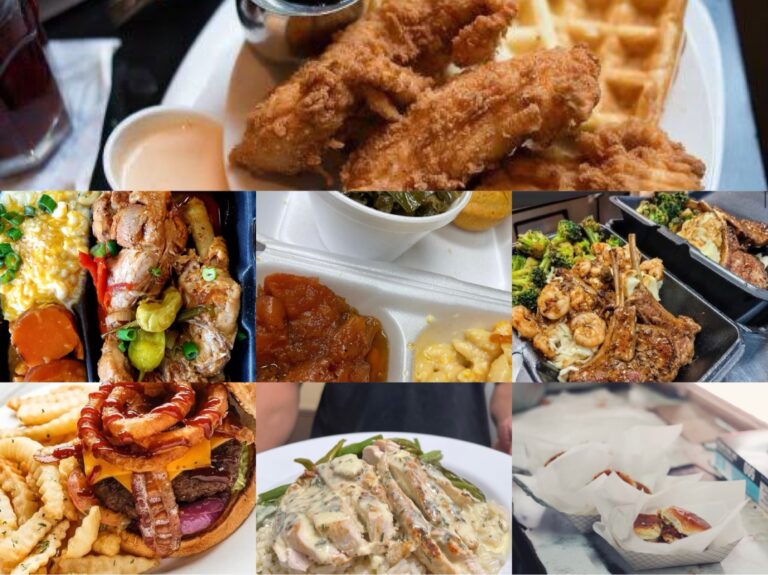 There are several remarkable features of Mississippi, but one of the most significant attributes you can’t overlook is the number of black-owned restaurants in the state. You can find them in most neighborhoods, with their incredible dishes available at all times. This article highlights the top 10 black-owned restaurants in Mississippi. It will help you locate the one nearest to you whenever you find yourself in the state and willing to try out their fantastic cuisine.

Whether you are new to the state or come frequently, there’s always a place to find a nice meal. This is, however, a way to support black-owned businesses in Mississippi. It is a gesture that motivates black people to set up their businesses within the state regardless of other challenges.

According to Britannica, Mississippi, is a  constituent state of the United States of America. Its name derives from a Native American word meaning “great waters” or “father of waters.” Mississippi became the 20th state of the union in 1817. Jackson is the state capital.

Mississippi is smaller than most of the U.S. states and is bounded on the north by Tennessee, on the east by Alabama, on the south by Louisiana and the Gulf of Mexico, and on the west by Louisiana and Arkansas. Mississippi is naturally well suited to agriculture; its soil is rich and deep, and its landscape is laced with many rivers.

Until the mid-20th century the dominance of a rural, unhurried lifestyle generally worked to the state’s advantage. This way of life was manifest in part in a culture of gentility, the legacy of which is still evident in the many historic mansions located in such old towns as Columbus, Biloxi, Natchez, Vicksburg, and Holly Springs.

Now that we are familiar with brief facts about Mississippi, we can now look at the top 10 Black-owned Restaurants in Mississippi. You have nothing to worry about as all restaurants featured on this list provide takeout or roadside pickup.

Here are the top 10 Black-owned Restaurants in Mississippi:

This place is much more than just a snack bar. Eddie’s and Ruby’s is the establishment that truly merits the name “fish house” in the South. This one of the black-owned restaurants in Mississippi, where you receive more for your money when you order fish sandwiches that are the size of fish platters. Catfish, pan trout (also known as whiting), and buffalo fish are among the fish sandwich and supper options they offer.

Expect a short wait because every order is made from scratch. You can be confident that it will be worth it. After all, “hot and fresh” fish is the only way to eat fish in our town every day of the week. The catfish sandwich, pan-fried trout supper, and mixed meal are among the culinary staples.

Any day of the week, for either breakfast or lunch, Sugar’s Place Downtown should be on the itinerary of any culinary enthusiast. With its straightforward daily menu and reliable “tried and true” dishes from week to week, Sugar’s Place holds the distinction of satisfying the palates of renowned Chef Carla Hall and Jackson’s own Enrika Williams. Stop in for a delicious breakfast to get your day going, or stay for their always well-liked chicken and waffles for a true treat. This one of the black-owned restaurants in Mississippi, where the chicken and waffles, the catfish and shrimp platter, the baked chicken, and the chicken tetrazzini are among the culinary favorites.

If you want to go out for supper and have amazing food, beverages, and music, Johnny T’s is the black-owned restaurants in Mississippi, to go. There is something for everyone’s taste buds, from their famous Cajun seafood spaghetti to their shrimp toast appetizers and wing platters. If you want to relax even more, you may take advantage of the breeze while sipping bourbon on the rear patio or in The Renaissance Room, a separate lounge space located above the restaurant. The shrimp and grits, Cajun seafood spaghetti, and shrimp toast are among the culinary specialties.

This one of the black-owned restaurants in Mississippi, with “a sense of nostalgia in every taste,” Josephine’s Kitchen serves burgers, sandwiches, seafood, sides, desserts, and more. The restaurant’s goal is to make refined, hand-crafted renditions of traditional dishes. Josephine’s is strictly a takeaway restaurant (with local delivery offered by a number of vendors) that takes pleasure in offering dishes that are prepared to order. Satisfied diners praise the savory and well-seasoned sandwiches, pasta, and wings from Josephine.

Look no further than Stamps Superburger if you’re searching for a delicious burger in the area. It’s large, disorganized, and excellent. At Stamps, there are no unnecessary frills or toppings—just fantastic burgers that have been cooked to your preferred temperature. This restaurant is a must-visit for traditional burger lovers as well as those seeking all the flavor and some of the guilt. This one of the black-owned restaurants in Mississippi, where the Beef and turkey options are equally flavorful and juicy. Like many of the eateries on this list, Stamps is a pillar of the neighborhood and has prospered by keeping things straightforward with their trademark burgers and fresh hand-cut fries. The amazing turkey burger with lemon pepper fries is a culinary delight.

Wanting the zest and taste of New Orleans in Jackson? You’re covered by 1693 Red Zone Grill. Red zone is one of the black-owned restaurants in Mississippi, where you can find all of these things and more, including red beans and rice, shrimp towers, and Cajun pasta. Any day of the week for lunch or dinner, if you’re up for a party in your mouth, stop by 1693 Red Zone Grill for one of their signature dishes, daily specials, or even a specially crafted culinary creation fit for a queen—a foodie queen. Loaded fries, red beans and rice with fried chicken wings, and egg rolls with Philly cheesesteak are a few of the culinary classics.

We are aware that, at first glance, it appears as though another soul food establishment has taken a place on this must-try list. On this list, Fred’s Soul Food is unique in that it is your only choice for a traditional country breakfast that your folks would rave about. For those who have an early commute, Fred’s offers the convenience of opening at 6 a.m. Fred’s has a large menu with everything from salmon croquettes and buttered rice to fried bologna and eggs. This one of the black-owned restaurants in Mississippi where everything is simple and convenient and always created with love. The salmon croquettes and buttered rice, full breakfast tray, and pancakes are among the culinary favorites.

This soul food restaurant has received its fair share of honors and recognition for its noteworthy culinary offerings, and for good reason. Travelers come from near and far to “taste the South” at Bully’s, a restaurant that has won a James Beard Award for excellence in taste and treasure. This one of the black-owned restaurants in Mississippi, where you can count on receiving the customary warm southern hospitality while savoring delicious meals made with care and affection. The turkey necks, mixed greens, fried green tomatoes, pork chops, and neckbones are among the culinary favorites.

This Caribbean restaurant, which recently opened a new location in North Jackson, has a cuisine that will give your taste an explosion of sensations. It is safe to say that it is no secret that this is number one on our Jackson Foodies list after being chosen as Best New Restaurant in the 2020 “Best of Jackson” Awards. Jerk chicken, curry goat, spring rolls, and reggae punch are among the culinary staples. Visit them on Thursdays for live music and on Saturdays for a brunch fit for an island.

If you’re attempting to determine what gourmet delights awaits you at Big Apple Inn based solely on its name, you won’t have much luck since it is neither a New York diner nor a bed and breakfast. Anyone up for pig ear sandwiches? If this is not generally on your list of must-haves for foodies, we ask that you give it a chance before passing judgment. Be aware that when you taste it, you’re biting into a piece of Jackson’s history that is solely our own. You may believe that these sandwiches are a hit with locals because Big Apple Inn has been mentioned in Ripley’s Believe It or Not.