10 Shot, 6 Injured In Brooklyn Subway By Gunman In A Mask 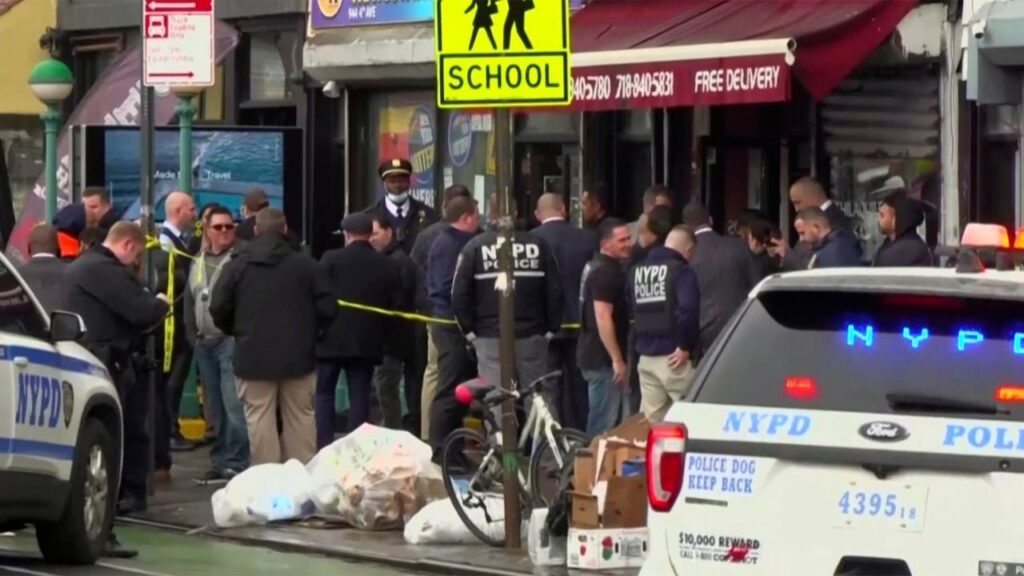 Authorities said a gunman filled a rush-hour subway train with smoke and shot numerous people, leaving injured travelers bleeding at a Brooklyn station while others fled screaming. The shooter was still being sought by police.

The attack began on a subway train that drew into the 36th Street station in the borough’s Sunset Park district, officials said, wounding at least 10 individuals and injuring at least 16 people in all.

At 08:30 a.m. local time, an unidentified assailant detonated a smoke bomb and opened fire at the 36th Street subway station in Brooklyn (12:30 GMT).

Bloodied passengers were seen laying on the floor of the smoke-filled station in images from the event.

“A person dressed in a gas mask opened fire on many individuals on the subway and on the platform.” Commissioner Keechant Sewell of the New York City Police Department said.

The assailant then escaped, wearing a green construction vest and a grey sweater, according to Ms. Sewell.

“At this point, this is not being investigated as a terrorist act,” she continued.

Ten of those receiving medical attention were shot, while others suffered from smoke inhalation and injuries incurred during the initial panic.

Six patients are critically ill but are expected to recover.

According to officials, none of the injured are considered to be in a life-threatening situation.

Officers are still trying to figure out why the attack happened.

The fire department in New York initially received a call regarding smoke inside the station, according to the researchers.

However, when officials came, they discovered many victims who had been shot and injured.

Over the last two years, there has been an alarming increase in gun violence in US cities.