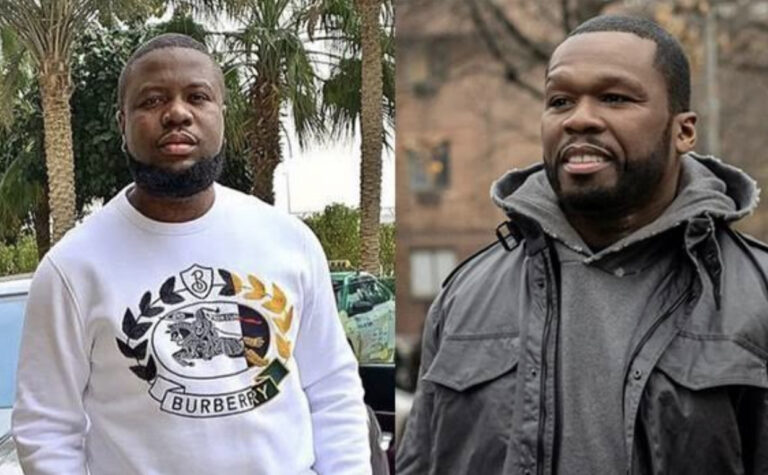 Following the conviction and sentencing of Instagram sensation and internet fraudster, Hushpuppi, 50 Cent has announced that he is making a TV series about the life of notorious jailed Fraudster.

This announcement has however sparked a debate online with some supporting the idea, whilst others opposing it, saying it paints  Nigerians in bad light.

But, according to 50 Cent, the decision to make the series is for the sake of his ‘scammers’.

Revealing his intention on his Instagram page, 50 Cent, whose real name is Curtis Jackson, said he had to do it.

Posting some pictures of the convicted fraudster, he wrote; “For my scammers I gotta do this one, Hushpuppy series coming soon ! GLGGreenLightGang i don’t miss #bransoncognac #lecheminduroi #gunitfilmandtv.”

The rapper has a history of producing TV shows, including the drama series Power, which first starting airing in 2014.

Hushpuppi, whose real name is Ramon Abbas, is currently serving 11 years in a US jail for his role in an international fraud syndicate.

He was also famous on Instagram where he used to flaunt his vast wealth to his 2.8 million followers, until he was arrested in Dubai in 2020, and his account shut down.

On Twitter some people are showing real excitement: “Can’t wait to see what 50 will give us on this!” one person said.

However, others have expressed discomfort, with one tweeter saying: “Why not look around you and do a series on something that speaks positively about us Nigerians, as there’s so many around you and all over the world”.