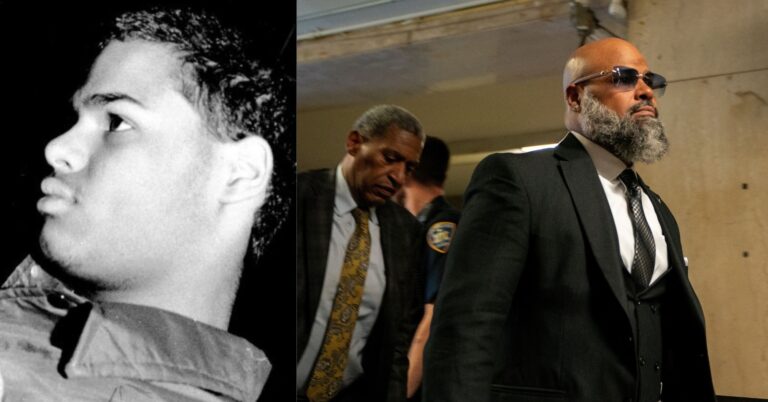 According to the Manhattan District Attorney’s office, a sixth man who was a co-defendant of the Central Park Five: a group of Black and Hispanic teens convicted of beating and raping a woman in the famed New York City landmark had his conviction overturned on Monday.

Per CNN, the other five teenagers who were convicted in the 1989 attack were previously exonerated. Steven Lopez, who was 15 at the time, was one of the teens arrested in connection with the heinous attack.

According to a motion filed by Manhattan DA Alvin Bragg, Lopez was indicted for both the Central Park rape case and the robbery of a man jogging through the park but accepted a deal in which he only pleaded guilty to the robbery.

Lopez served nearly four years in prison before being released in the early 1990s, according to his attorney Eric Shapiro Renfroe.

“Mr. Lopez was charged and pleaded guilty in the face of false statements, unreliable forensic analysis, and immense external pressure,” Bragg said during the hearing on Monday.

Bragg outlined the reasons for clearing the conviction, which included no physical evidence linking Lopez to either the rape or the robbery and the fact that statements made by others blaming Lopez have since been recanted.

“All of the factors taken together, as set forth in our motion papers, show what the people believe are unique circumstances, combined with Mr. Lopez’s youth, made his plea involuntary, and therefore unconstitutional,” Bragg said. “A conviction based on an unconstitutional plea cannot stand.”

Lopez’s acquittal comes nearly 20 years after the Central Park Five were found not guilty in 2002. He appeared in court shortly after 2 p.m., accompanied by his attorney.

“Mr. Lopez, I wish you peace and healing,” said Judge Ellen Biben. Lopez simply said, “Thank you,” with tears in his eyes before shaking hands with his attorney and the DA and exiting the courtroom.

Lopez was arrested on April 19, 1989, in connection to a series of assaults in Central Park that night, most notably on a White man jogging and a 28-year-old White woman, also a jogger, who was discovered beaten and unconscious after a brutal rape in the park.

According to the motion filed by Bragg, almost 20 hours later, Lopez was taken to an interrogation room where detectives pressed him for details related to both the rape and the robbery.

Lopez, who is now 48, never confessed to being involved in the woman’s rape. According to the motion, his father, who spoke only a few words of English, and his mother, who spoke no English, were present for the interrogation.

According to the motion, there was no video surveillance or physical evidence related to the attack on the male jogger, and the male jogger never identified Lopez as one of his attackers. Lopez and his father signed a written confession prepared by investigators for him.

The motion said, Lopez, who was charged with both the rape of the female jogger and the robbery of the male jogger, was offered a last-minute deal by prosecutors: plead guilty to the robbery in the first degree and the rape charge would be dropped. Lopez concurred.

The sensational case became symbolic of the city’s rampant lawlessness and heightened racial tensions. Matias Reyes, a convicted murderer, and rapist, confessed to being the sole attacker in the Central Park case in early February 2002, more than 10 years after Lopez’s conviction. DNA evidence confirmed his story.

The Central Park Five were acquitted, and New York paid them a $41 million settlement in 2014.

Lopez contacted the Manhattan District Attorney’s Office in 2021, hoping to have his conviction overturned. The office began working on the case under former DA Cy Vance, which Bragg continued. According to a DA spokesperson, this is Bragg’s first exoneration since taking over in January.

“I believe what happened to you was an American tragedy,” Renfroe, Lopez’s attorney, said. “It’s truly unbelievable to see how the system failed you,” he added.

Renfroe stated after the hearing that his client, who had left the courtroom, was experiencing a variety of emotions. “I’m hoping today, at the very least, Lopez feels vindicated,” he said. “I think there were a lot of awful things that were said about him that I know were not true at the time they were said.”