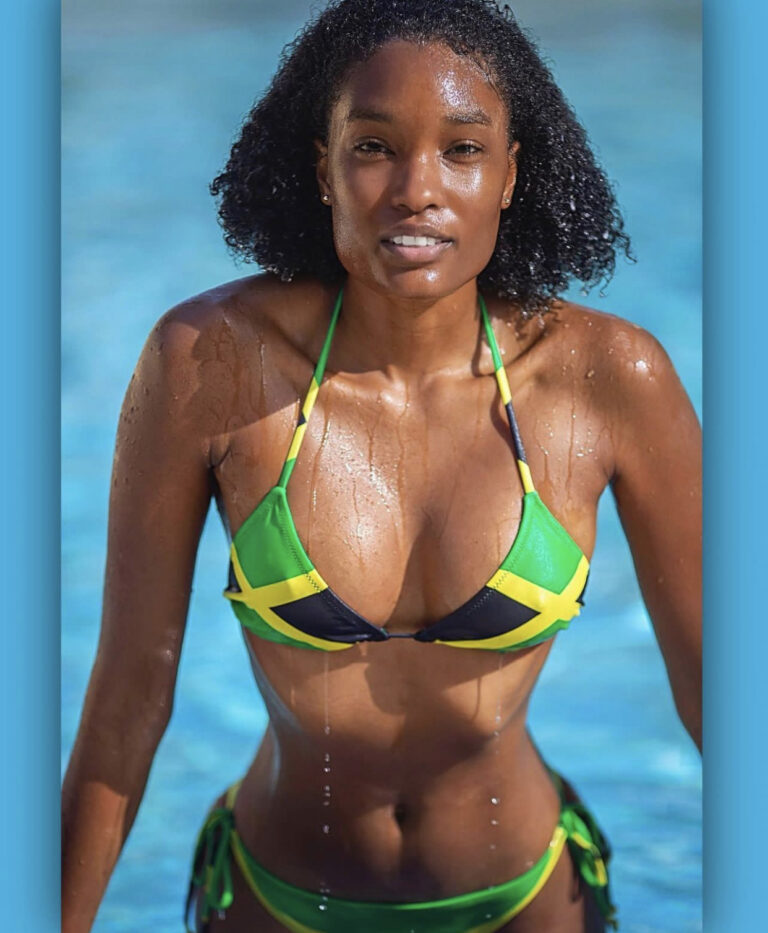 It is already established that being  in a relationship with someone from a different culture can be quite exciting, and if you are not a Jamaican and you are dating or planning to date a Jamaican woman, you can be in for a real treat. Dating a Jamaican woman is said to be like riding a shark, because it’s a lot of fun once you realize they are in control and you just need to go with the flow.

It is also critical to remember that everyone is unique and that stereotypes cannot be used to guide your decisions. The best way to find out about someone is to get to know them.

That being said, there are certain general beliefs about dating Jamaican women and what you may encounter from dating a Jamaican woman and that’s what this article explores.

Women from Jamaica are a lot of fun. They like having a good time and are renowned for their sensuality and even their dance moves.

It’s crucial to prepare yourself with as much knowledge as you can before navigating the complicated world of dating. If you and your new partner can express how you’re feeling to one another, your relationship will be healthy. Be open and honest in your communication.

Most Jamaican women also fully embrace their feminine nature in addition to being very attractive. They’ll look to you to take the initiative, so prepare to plan date nights most of the time and to cover the cost of your meals and beverages together. The majority of Jamaican women are strong yet incredibly caring. They possess a strong personality, embrace positivity, and show a lot of concern for others.

A Jamaican women expects to be treated like a queen. They are extremely confident in themselves and the term “queen” is frequently used by Jamaican men to refer to their women. She’ll probably anticipate the same behavior from you.

Here is how to make a Jamaican woman swoon:

Give her a sincere compliment. Be her biggest fan by making comments on her selfies, pointing out how stunning she is when she comes over for a date, and overall being nice to her. Jamaican girls genuinely want want to be loved and respected, even if it is such a cliché.

Stop assuming and ask her what she wants and needs. Girls sometimes give mixed signals because they expect you to “get it”. Don’t just ask what you did wrong when you are fighting, even when things are good take the time to learn how she feels. Be loyal. If you are just going to cheat (or even simply flirt with other women), you are probably not ready for a relationship and don’t forget to Flaunt her.

2. Her Family is Important

In helping their children choose a future spouse, parents are crucial. You wouldn’t ever meet them if she was just having a casual relationship with you. It’s a really positive indicator if she does introduce you to her parents.

Jamaican families are incredibly close-knit. What could feel like a privacy infringement to you, is entirely normal to them. So don’t be surprised if they quiz you extensively on… Discreet subjects. For example, to make sure their daughter isn’t in a fruitless relationship, they can, for example, inquire about your money. If you respond politely and respectfully, others will respect you. If you want to go for a Jamaican woman, know that her family is significant to her.

Additionally, extended family is significant. How frequently in-laws cohabitate and participate in one other’s life may surprise you. Get to know them because you’ll need to adjust to their normal Jamaican family dynamic.

You may have the idea that Jamaicans are quite laid back and carefree and love to relax on their island which is true, but they also have a knack for hardwork.

Jamaicans strive really hard to establish themselves. When you’re casually dating, you don’t have to disclose your life goals, but if things last longer, she and her family might be curious. Letting your Jamaican woman know how ambitious you are and your future plans, indicate  that you have a goal in life, are not scared to take care of your obligations, and are working hard to build a successful profession.

Take an interest in who she is and where she comes from. Try her favorite Jamaican dishes and listen to the music she loves.

Learn a few romantic patois phrases to whisper in her ear as you stroll along the beach or down a city street. Immerse yourself in local life instead of sticking with the tourist experience alone.

Even if things do not work out with target of your affections, you will still benefit from your immersion in Jamaican life.

As is with any new culture, Jamaicans have very different values than Americans even those that live in America. For instance, to them being cheerful and easy-going is important but so is ambition. As we mentioned earlier, you don’t want to be that “I don’t know what to do so I do nothing with my life” guy.

Jamaican women have a flair for dancing. Seeing them move gracefully in the clubs is exciting as it seems two different entities control their upper and lower limbs. With such hot dance moves, they capture the attention of men. People who have attended the Rio carnival have testimonies of their colorful costumes and skilled dance. Another impressive talent they have is singing. Many people visit different locations to watch Jamaican women create songs and showcase their beautiful voices.

It may come as a surprise to you that Jamaican girls are considered modest people. Although they may be portrayed differently in the movies, they are generally not unvirtuous in real life. There is less chance of finding these females at a nudist beach. Usually, they’ll be very much present at the beach, preferably dressed in shirts and t-shirts which serve as their swimwear. It is not an indication of shyness but their belief that exposing the body to strangers is indecent. However, women in Jamaica are free to dress as it pleases them.

Never make a generalization about someone based only on a stereotype because cultural stereotypes are problematic. Nevertheless, stereotypes frequently draw from factual data.

One of the stereotypes about Jamaican women, is that they are aggressive and lazy. You can’t conclude that about your Jamaican woman unless she is arrogant or lazy.

According to other narratives, Jamaican women are simple-minded, unrestricted, and can voice their opinion. A traditional Jamaican woman is believed utilize their free time for exciting activities.

….In conclusion, the points highlighted above are pieces of good advice for dating a Jamaican woman. They can help you whether you are looking for a short-term connection on vacation or a life partner. Respect, ambition, romance, and an interest in Jamaican culture will take you far.

Dating a Jamaican woman can be very entertaining, and their joy of living and love of family make them great partners. It’s crucial to realize that for certain Jamaican women, the stereotypes of being aggressive may be true but do not conclude without your own personal experiences. Like any relationship, things will go better overall if you talk to each other more.