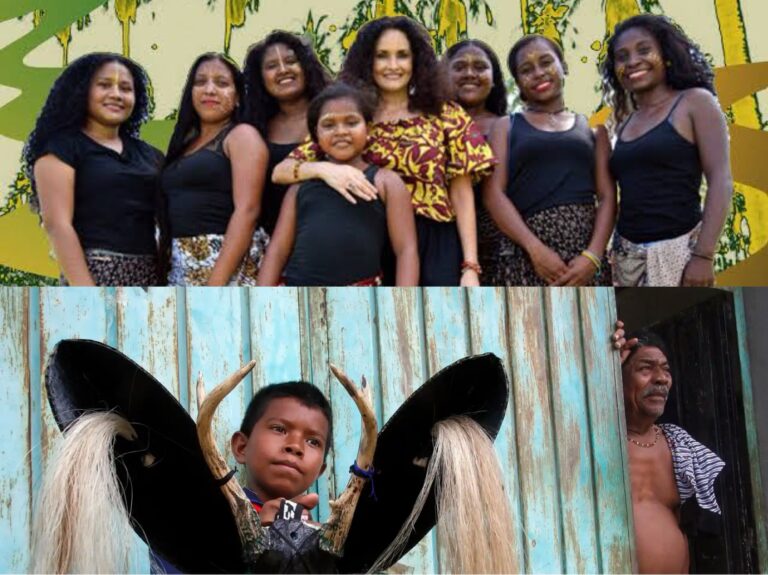 The Mexicans with African ancestry are known as Afro-Mexicans. They are majorly the descendants of the Enslaved Africans who were shipped during the trans-Atlantic slavery to the Americas.

The Afro-Mexican population has long struggled for recognition in an overwhelmingly mestizo countrywhere the indigenous past is lionized but lighter skin colour is often reflected in social advancement and higher incomes.

A census in 2020, which was collected throughout March 2020,– marks the first time the country is counting its population of Afro-Mexicans and providing official recognition for a people often overlooked in the Mexican cultural mosaic.

Al Dia stated that 2.5 million persons in Mexico identify as Afro-Mexican or of African heritage, based on data gathered from the nation’s 2020 census.

For the first time in Mexico’s history, Afro-Mexicans have been recognized and counted in accordance with their unique ancestry.

The question on the 2020 census form asked Mexicans, “By your customs and traditions, do you consider yourself Afro-Mexican, Black, or Afro-descendant?” According to a 2014 article in the New York Times, the closest the census had ever come to classifying race and ethnicity in Mexico’s population before this year was by asking which indigenous language people spoke in the home.

The Afro-Mexican community today understands that there are more than 2.5 million of them in the nation, or 2 percent of the total population. They are also aware that an Afro-Mexican living in Mexico is 32 years old on average, and that 7.4% of them speak at least one indigenous language. The largest populations of Afro-Mexicans were found in Guerrero, Veracruz, Oaxaca, and Mexico City.

A 2015 survey from Mexico’s statistics institute estimated the Afro-Mexican population at 1.3 million. Observers expect the census to put the current total at around 2 million – mostly in Guerrero, Oaxaca and Veracruz states.

“It’s extremely important that they count us as Afro-Mexicans,” said García, an engineer in the community of Cuajinicuilapa. “We’re of African descent – but we’re Mexicans because we were born here and we built this country.”

When Bulmaro García a black man from the remote Costa Chica region, encounters military checkpoints in Mexico’s southern Guerrero state, soldiers sometimes ask him to sing the national anthem to prove his nationality.

García, always refuses, and instead schools the soldiers, who are usually from other parts of Mexico – in local history.

“We exist. We’re here. We occupy this area. We have a culture and we proudly say that we’re Mexicans,” he said.

He attributes the soldiers’ ignorance to “classic discrimination due to skin colour. [They think] if you’re black, you’re not Mexican.”

Africans arrived alongside the Spanish, both voluntarily as conquistadores – and as slaves, from the very start of conquest of what is now Mexico.

Many intermarried with indigenous people and some Afro-Mexicans have played prominent roles in the country’s history – including the independence hero José María Morelos and early president Vicente Guerrero.

However, more recently, they have experienced marginalization and neglect in underdeveloped areas like the Costa Chica, a tropical, dry region to the southeast of Acapulco.

During a recent visit by President Andrés Manuel López Obrador, a local legislator lamented the region’s poor roads, lack of clinics and schools, and frequent blackouts.

Abad Campos Rodriguez said to the president, “People assume we don’t exist since our history was obliterated for generations.

According to locals, the fight for recognition began to pick up steam before Christopher Columbus’ arrival in the Americas 500 years ago.

Indigenous groups saw nothing to celebrate – and García said many Afro-Mexican communities felt the same since “we, too were mistreated by the Spanish because they brought us here by force.

Abel Villanueva Hernandez, a member of the operational staff for the National Human Rights Commission (CNDH) whose job involves working with the Afro-descendant population, and an activist for México Negro, or Black Mexico, an organization that has been at the forefront of visibility for Afro-Mexicans since 1991, only ever remembered seeing a photo of a black man playing the drums while studying in the southern state of Oaxaca. The native of Cuajinicuilapa, a city of largely Afro-Mexicans in the southern state of Guerrero, declared, “There is nothing in the textbooks.”

About 200,000 slaves were transported to Mexico by Spanish conquistadors starting in the 16th century, most frequently via the port of Veracruz. A rough estimate states that throughout the 1500s and 1600s, one out of every two slaves headed for the Caribbean was left behind in Mexico. When they arrived, a large number of slaves ran away and sought safety in the state’s hilly areas. For more than 30 years, a single revolutionary, solely known as Yanga, directed assaults against the Spanish military.

After three decades of warring with Yanga, the Spanish decided they had enough and agreed on peace terms with him. On August 10, 1609, San Lorenzo de Los Negros, later known as Yanga, was founded. It is considered to be the first liberated and independent town in the Americas, 11 years before the pilgrims landed at Plymouth Rock.

Mexico’s second president Vicente Guerrero and Jose Maria Morelos, a political and military leader, were also Afro-Mexicans and played crucial roles in achieving Mexico’s independence from Spain during the Mexican Revolution in the early 19th century.

Morelos wrote the doctrine Feelings of a Nation that called for the eradication of slavery, among other constitutional propositions. Guerrero eliminated enslavement in 1830 during his presidency, along with a racial caste system, which, ironically, could be one of the various reasons why there is so little acknowledgment of Afro-Mexicans in Mexico’s history.

Hugo Arellanes, a photographer who works with the activist organization Huella Negra, or Black Footprint, says, “We are affected by the fact that Vicente Guerrero is not recognized as an Afro-descendant. He keeps being painted as white in the pictures in where he is presented as the president of the republic, and the same goes for Jose Maria Morelos.”

Nieto has spent more than 20 years researching Afro-Mexicans and their identity and organizing as a social anthropologist and Program Collaborator of Afro-descendants and Cultural Diversity Research at the National Institute of Anthropology and History (INAH). She claims that when black history is included, it is only ever seen in the context of slavery in Mexico. “The population of people with African ancestry is not included. Its presence is well known. Their past is well known.”

Many Mexicans are ignorant of their Afroancestry because of this lack of recognition. Numerous self-identifying phrases, such as “jarocho” and “mascogo,” which are used in Veracruz and the northern area of Mexico respectively, are implicitly linked with Afro-identity in addition to the labels Afro-Mexicans, Afro-mestizo, and Afro-descendant. Some people only identify as black, as is the case in Cualjinicualpa, Guerrero.

According to the 2017 National Survey on Discrimination led by the Governing Secretary and the National Council to Prevent Discrimination, 11 percent of the population said they have darker skin complexions. Only 2.9 million of the 100 million Mexicans identified as Afro-Mexicans.

Approximately 76 percent of Afro-descendants, who are also classified as Afro-Mexicans, are in the socioeconomic brackets of “Low” or “Lower Middle Class,” though they have an unemployment rate 3 percent lower than the national average.

Many Afro-Mexicans and their communities have “leaned into” their identity for social and cultural reasons, said Jayson M Porter, a PhD candidate in environmental history at Northwestern University, who has studied the Costa Chica.

“The question is: how much they should lean in to their identity for political reasons?” he said, adding that it is unclear who counts as Afro-Mexican – and what benefits that will bring.

The identity of Afro-mexicans is not straightforward: many self-identify as negro (black) though others dislike the term and prefer Afro-Mexican or Afro-descendant.

“There are people who say they don’t mind being called negro – but it depends on how they say it,” says Yolanda Camacho, a member of the Colectiva de la Costa de Oaxaca Ñaa ‘Tunda – with ñaa ‘tunda meaning “black woman” in the Mixtec language.

“In the word ‘Afro-Mexican’ are all the names of self-descriptions that we give ourselves.”