Agta: The native Africans who were the original inhabitants of the Philippines 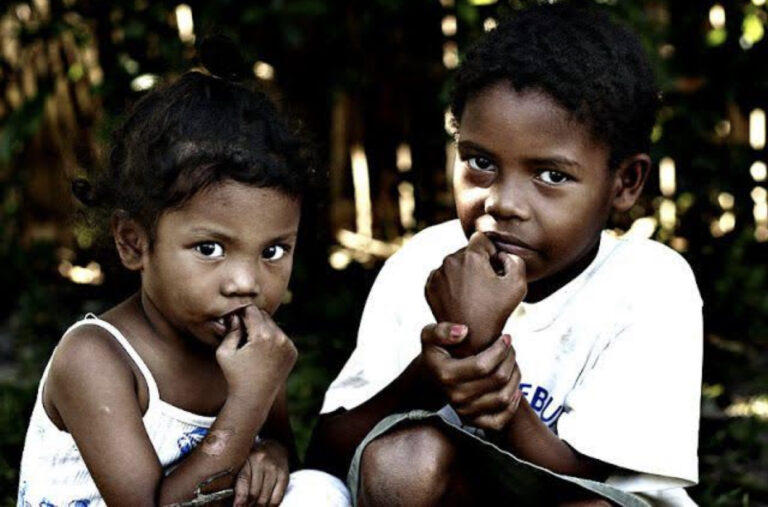 Also known as the Aeta people, in the Luzonian province of East Quezon, the Agta people live as semi-nomadic hunters and gatherers. Deculturation is a process going on with the Agta. Hunting is becoming more difficult because of the encroachment of multinational corporations.

Along with losing their land, they are losing their languages. They are compelled to alter their way of life. Some are fighting uncontrollable diseases, while others have been forced onto reservations solely for farming.

These individuals, however, are engaged in conflict over lands. Indigenous communities in the Philippines have less and fewer lands as a result of the explosion. There are numerous tribes that live in the Philippines, and the Agta are just one of them that are involved in a land dispute.

The Aeta/Agta is one of the languages spoken by the Austronesians, a group of individuals from Southeast Asia, Oceania, and East Africa. Austronesians also reside in South Africa, Suriname, Mauritius, and a portion of the Andaman Islands.

They are also referred to as “Negritos,” a term the Spanish conquerors gave to the Aeta.

They go by the names pugot or pugut in llocano, which translate as “goblin” or “forest ghost,” respectively.

History of the Agta

Several Agta people were sold into slavery in Borneo and China during the 1500s as a result of internal strife within the tribe, chaos, and a weak strategy for fending off enemies, according to Miguel López de Legazpi, a Spanish navigator and governor-general.

In June 1983, the Agta of Casiguran numbered 616 individuals. The area they occupy is about 700 km²; about half is covered by primary rainforest, although the bigger trees have been thinned by loggers during the last two decades.

The Agta are by no means only recently exposed to outsiders. Since at least the turn of this century they have had increasing contact with Filipino immigrant homesteaders, military forces, municipal politicians, multinational corporations, and government development agencies.

In spite of these acculturative forces, the Agta were still living primarily as seminomadic hunters when my wife and I began to work with them 22 years ago. Throughout the 1960s, the primary economic activity of the adult males was hunting deer and wild pig with bow and arrow. However, for at least the last century their economy has revolved around an exchange relationship between the Agta and lowland Filipino neighbors.

Until recently, the main feature of this exchange was the trade of wild meat for starch foods. In 1983, however, 24 percent of Agta families cultivated small slash-and-burn gardens.

Presently, Deforestation, illegal logging, mining, and slash-and-burn farming have caused the population of Agta people to drop to thousands.

On how they arrived in the area, many individuals have various theories. It is believed that the Aeta crossed land bridges to go from the Asian Continent to their current location.

The Agta were hardly affected by Spanish rule in the Philippines because of their continuing residence in the mountains and reluctance to change. When attempts were made to place them on reservations, they were immediately removed.

Like other nomadic African tribes, the Agta are adept with bows and arrows. They have a reputation for being expert fighters who can attack outsiders or field workers who infringe on their territory.

They use sticks covered in the palm of banana leaves to construct a temporary shelter. The Aeta who have experienced modernisation have relocated from hilly areas to villages and places without mountains, including Pampanga and Tarlac. Modern Agta tribe members build their homes from bamboo and cogon grass.

In 1914 a Filamarican military force precipitated a major change in the Agta way of life. Led by an American, Captain Wilfrid Turnbull, who was directed to “bring [this] wild tribe under government control,” a Philippine Constabulary detachment moved 150 Agta families onto a reservation to take up farming. According to Turnbull’s own report, groups of reluctant men were even chain-ganged together and taken out daily to clear forest land for planting.

In January 1975 the 55th Philippine Constabulary Battalion made a renewed attempt to again settle all of the Agta onto this same reservation. The problems with this program have been described elsewhere. Several other development agencies have attempted community “aid” programs for the Agta, with very little success. These have included the Commission of National Integration, the Panamin Foundation, and the Department of Education. The usual goals of these programs were to get the Agta to cease their nomadic way of life and to take up agriculture.

Appearance of the Agta people

On their backs, arms, breasts, legs, hands, calves, and abdomens, the Aeta intentionally hurt themselves. The wounds are then stirred up with fire and lime, according to Trip Down Memory Lane, to leave clear scars. The Dumagat, an Aeta subtribe, also employ a file to alter the appearance of their teeth before applying black dye.

Aeta women are sought out to manufacture traditional medicines because to their reputation as skilled herbalists.

The tribe’s female members also go on canine-assisted pack hunts. In the Philippines, Aeta women go hunting and chase the same prey as males. When group hunting with dogs, Aeta women had a success rate of 31% compared to men. The success rates of mixed hunting parties among the Aeta, according to Frances Dahlberg, author of Woman the Gatherer, are significantly higher when women collaborate with men.

Braided rattan and pig bristles are used by tribe members to create girdles, necklaces, and neckbands. Additionally, women weave mats and winnows, and they create loin skirts and other clothing from bark and palm leaves. Armlets are created only by men.

The Aeta tribe practices both monotheism and

polytheism. There are also animists who are

Those who adhere to the concept of a single God worship Apo Na, a supreme god who rules over inferior spirits. Others think that natural objects like the river, sea, sky, mountain, hill, and valley are alive and contain spiritual components.

Kedes, Pawi, and Sedsed are the gods of the hunt, the forest, and the sea, respectively.

Finally, there are others who have embraced

Christianity and have joined the Jehovah’s

Some people who practice polytheism worship

Gutugutumakkan, the supreme being who

Finally, there are others who have embraced

Christianity and have joined the Jehovah’s