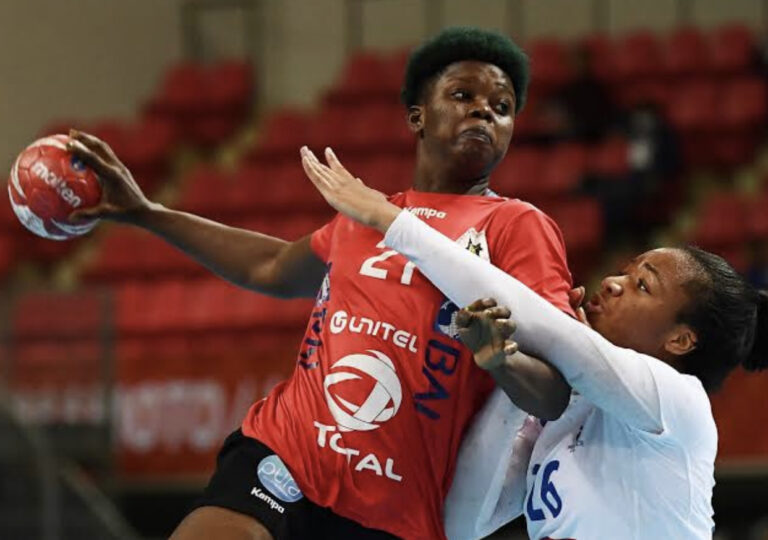 For Angola, it’s four in a row. The 2022 Africa Cup of Nations women’s handball competition was won by the Palancas Negras.

The same as in 2021, they defeated Cameroon in the championship game on November 19 at Dakar Arena in Senegal.

However, they are far from content. It is the result of a lot of hard effort, according to team coach Catito Nelson. Over the other African teams, Angola is now in the lead.

“We must continue to work hard to improve our handball and keep this dominance so that this group of athletes continues to play at the highest level and win titles for Angola.”

According to Africanews, On the Cameroonian side, the disappointment remains great as at home in 2021.

However, the Angolans are still far from weakening. Their thirst for titles reinforces their status as undisputed masters of African handball. It is a thirst for titles that got the better of the Cameroonians’ desire for revenge.

The Indomitable Lionesses can only note the huge gap that separates Angola from the other nations of the continent.

“Faced with a team like Angola with so many qualities: physical qualities, technical qualities, mental qualities and a great tactical sense, it does not forgive,” suggests Cameroon coach Serge Guebogo.

“The message is simply that we have to go back to our roots and work to close the gap between Angola and the other nations.”

It will therefore have to go back and work hard to dethrone the Angolan giant. Nothing could prevent Palancas Negras from lifting their 15th continental crown this year, the fourth in a row.

In this 25th edition of the women’s handball ACN, the Angolans were able to hold their own in the most challenging situations, just like they did in Yaoundé a little more than a year ago.

Prior to that, Congo defeated the host nation Senegal to place third and take the bronze medal home. The following ACN Women’s Handball competition will take place in Cape Verde.