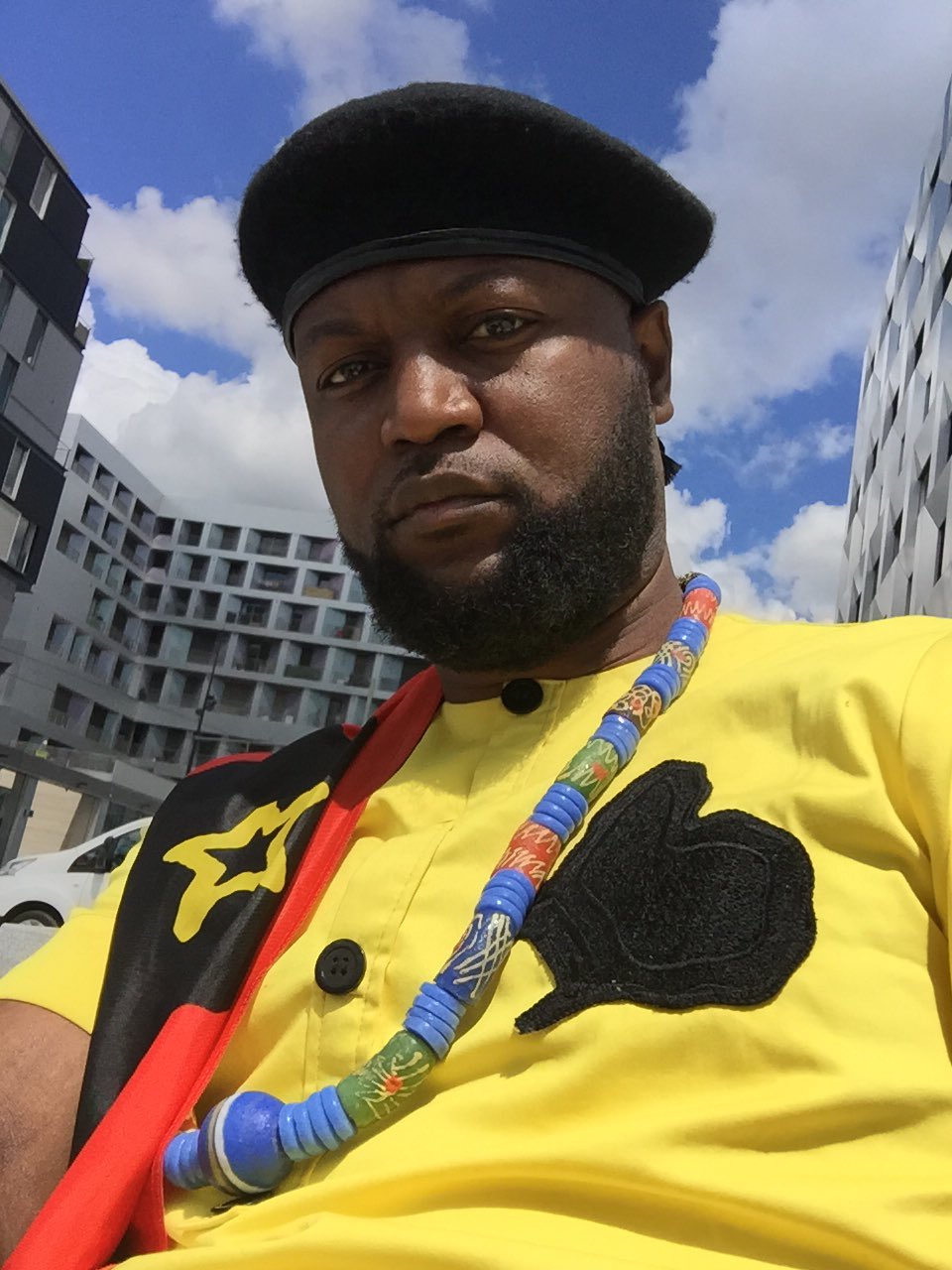 A group of Black human rights activists led by Diyabanza, who want to reclaim stolen African artefacts from European museums; have been arrested after reportedly attempting to remove a sacred Congolese funeral statue; from a Dutch museum. 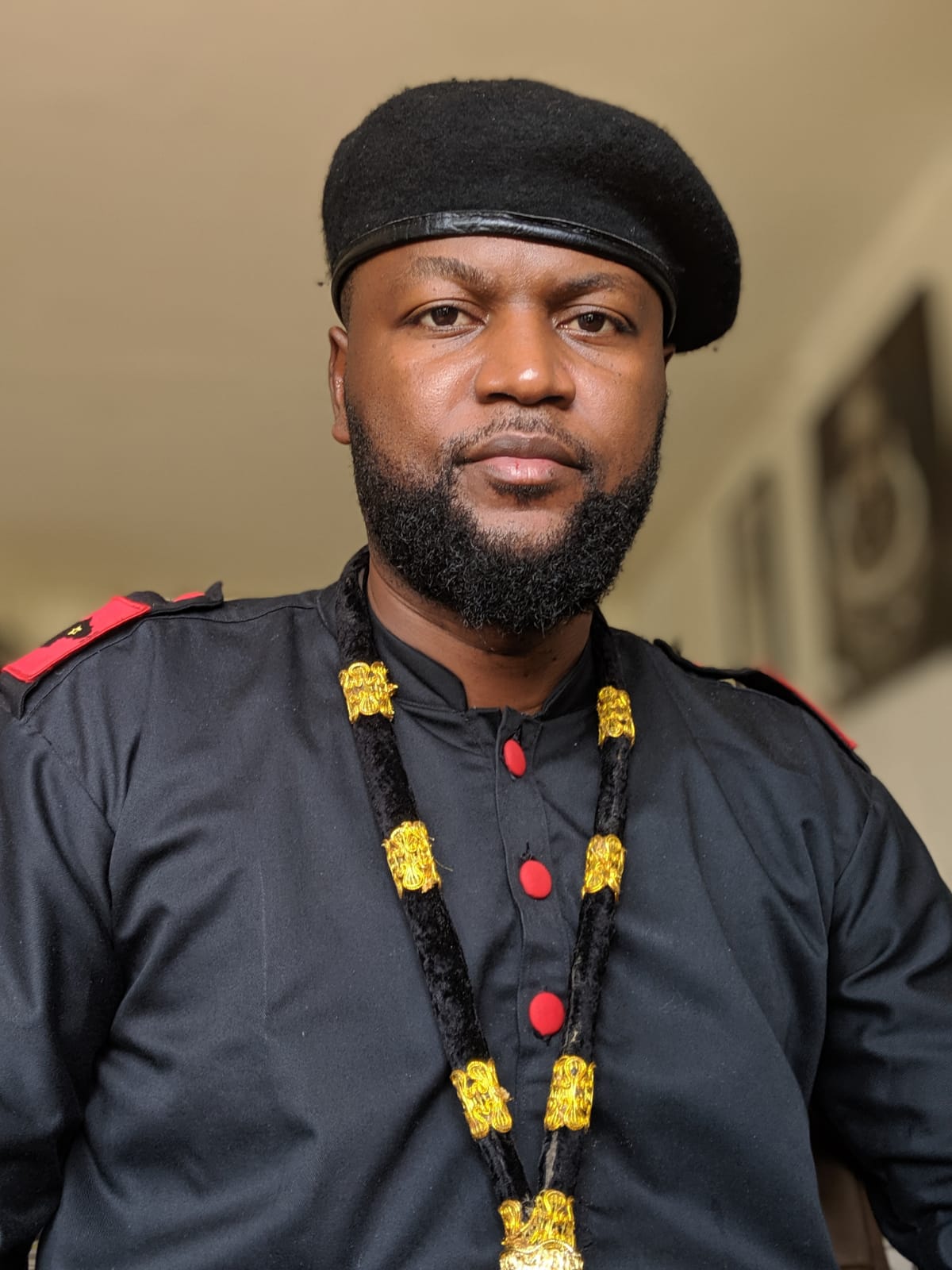 Led by Congolese born Mwazulu Diyabanza, has been arrested after they livestreamed; the removal of a Congolese funeral statue from Afrika Musuem in Amsterdam, Netherlands. Diyabanza spoke on behalf of the group which is reportedly part of a movement; that aims to reclaim artefacts from European museums stolen during colonization. 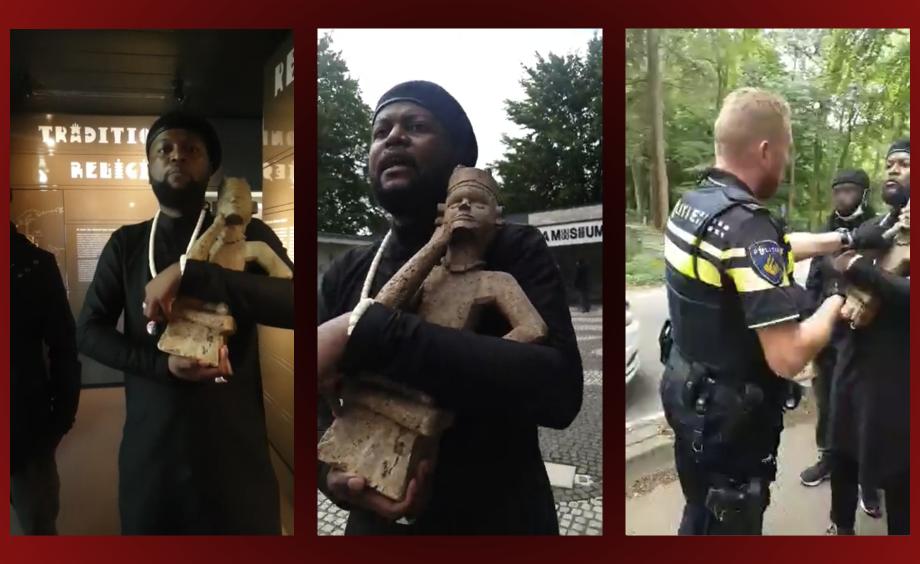 The activist group paid to enter the museum and then went on to record the action. Security guards then allegedly watched the human rights group as they removed the Congolese funeral statue. The police were subsequently alerted by security as they did not want to damage the statue in the midst of a row with the group. Diyabanza and group members were then arrested and handcuffed a few minutes after they existed the museum.

Diyabanza’s actions coincide with recent news that Belgium has finally agreed to return Congolese Patrice Lumbamba’s tooth to his family; after years of petitions by his daughter, Juliana Lumbamba. The tooth is the only remaining body part of Congo’s first fearless Prime Minister who was murdered in a coup on 17 January 1961. “The two front teeth were taken away by Belgian police officer Gérard Soete, then based in the Congo, who was involved in the grim; almost ritualistic disposal of the deposed Congolese prime minister’s body and that of his associates.”

The rise in police brutality in cases such as those of George Floyd and Jacob Blake have resulted in; increasing calls for justice for Black people under the Black Lives Matter movement. Reclaiming sacred artefacts from museums is part of the call which French President Emmanuel Macron committed to in 2017 saying that France would return items of cultural heritage to sub-Saharan Africa.

A fine on the activities of Diyabanza

In June of this year, Diyabanza and five group members were arrested for stealing a similar funeral artefact from a Parisian museum. The group face up to seven years in prison and a fine of €100,000. Diyabanza has created a GoFundMe page to raise funds for the fine. Diyabanza also stated that the act was; “part of the recovery of our artworks that were all acquired by looting, robbery, violence during Belgium’s rule of the West African country.

European countries have historically returned artefacts on their own terms. Ethopian artefacts were returned by Queen Elizabeth in 1965 and in 2017; the British Museum entered into talks to return artefacts to Nigeria and Benin.

In 2002, Saartjie Baartman’s bodily remains were returned to South Africa 200 years after the Khoisan woman was exhibited as a; “freak show” because of her naturally curvaceous African anatomy. The refusal by colonizing countries to return indigenous artefacts; is yet another depiction of political power and the deliberate act to maintain colonial power hundreds of years after its end.

Watch the video below: