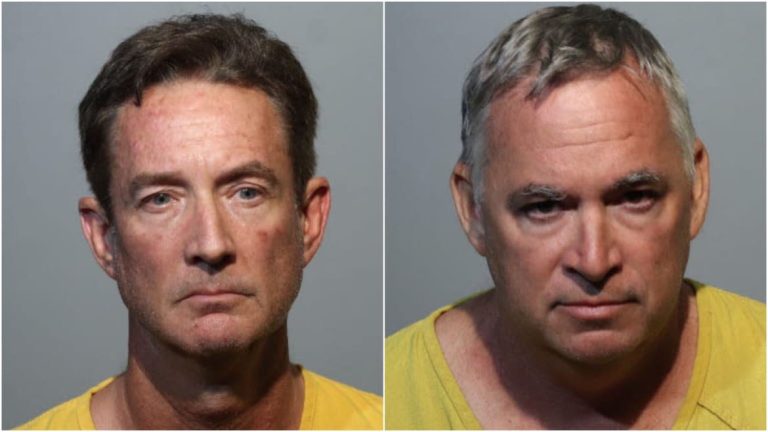 On Tuesday, June 14, a Black 16-year-old boy identified as Jermaine Jones was racially profiled and attacked while driving by two white men in a neighborhood in Sanford, Florida. A neighborhood where his friend lives and a place not far from where 17-year-old Trayvon Martin was shot and killed by George Zimmerman in 2012.

In an Instagram post, Jermaine Jones posted the video of the incident with the caption, “I was racially profiled while driving through my friend’s neighborhood.”

He continued, “They didn’t like the way I was driving, so they felt the need to hit my car with a cone, and throw a rock through my window. All I wanted to do was de-escalate until police came because I wasn’t about to get charges pressed on me for no reason.”

According to Heavy, the white Florida men identified as Donald Eugene Corsi, 52, and Howard Oral Hughes, 61, were later arrested. Corsi was charged with weapon offenses for sending a “missile” into a vehicle, which is a second-degree felony.

Both of them were charged with criminal mischief, and accused of causing damages worth more than $1000 to property, which is a third-degree felony. Hughes was additionally charged with first-degree misdemeanor battery (touch or strike). And both of them were later released from the Seminole County jail on bail, according to records.

The footage shows the aftermath of the incident where Jermaine Jones was taking a video of his damaged car in the Sanford, Florida neighborhood. As he records, four white middle-aged residents, three men, and a woman can be seen yelling at him, with two men, Corsi and Hughes walking around the car and yelling at him.

On June 15, the teenager’s sister shared a post on Twitter saying, “Yesterday my 16-year-old brother was racially profiled in a neighborhood in Sanford, Florida, the same city as Trayvon Martin. Luckily, he had a different fate. I commend my brother for how he reacted in the situation. They tried to throw a brick at his head, And missed.”