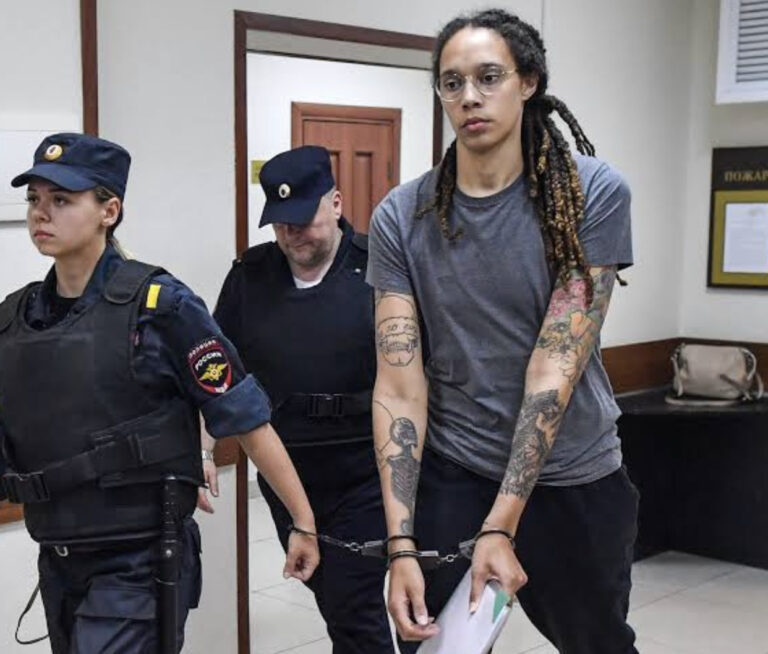 Brittney Griner’s lawyers have revealed that she has been transferred to a correctional colony in an undisclosed location after a Russian court rejected her appeal about her nine-year prison term. The relocation of Brittney Griner to an isolated location has been confirmed by Griner’s attorneys. The WNBA star’s team has confirmed that she is being sent to a Russian jail colony as part of her nine-year prison sentence, but they have also stated that they are unaware of any other information.

“Brittney was transferred from the detention center in Iksha on the 4th of November,” her attorneys, Maria Blagovolina and Alexander Boykov, told E! News in a Nov. 9 statement. “She is now on her way to a penal colony. We do not have any information on her exact current location or her final destination.”

Brittney, who has been in a Russian prison since February, was arrested at Moscow’s Sheremetyevo International Airport for allegedly possessing vape cartridges containing cannabis oil earlier this year.

In July, Griner pleaded guilty to drug charges, but told the court that “there was no intent,” adding that she “didn’t want to break the law.”

The announcement of Griner’s relocation also comes two weeks after her appeal was denied and her existing sentence was upheld by a Russian court. Following her imprisonment, Cherelle Griner, Joe Biden, and Kamala Harris are just a few of the people who have backed the athlete in an effort to secure her release.

On her 32nd birthday in mid-October, Griner shared a message, thanking everyone for their support as she remains in prison.

“Thank you everyone for fighting so hard to get me home,” the athlete said in an Oct. 18 statement to CNN, through her lawyer Maria. “All the support and love are definitely helping me.”