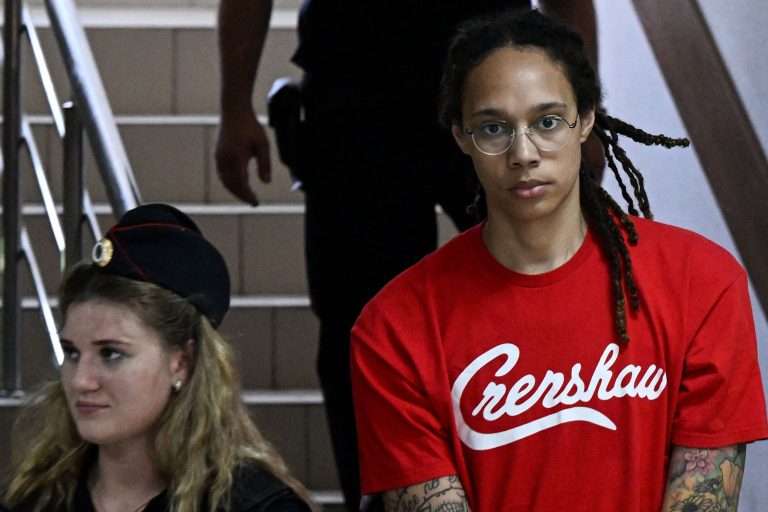 Brittney Griner, the American basketball star, pleaded guilty to drug charges in a Moscow court on Thursday, June 7, her lawyers said, leaving her with the possibility of facing up to ten years in prison as her family and friends stepped up their calls for the US government to do more to free her.

Griner’s lawyer, Alexander Boikov, said following the hearing on Thursday that the basketball player confessed that the vape canisters were hers but brought them to Russia unintentionally. Maria Blagovolina, her other lawyer, said they hoped for the court’s leniency. Griner’s next hearing is scheduled for next Thursday.

Her latest appearance comes after United States President, Joe Biden sought to reassure Griner’s wife that he was working as quickly as possible to secure her release. Griner wrote an emotional letter to President Trump earlier this week, pleading with him to bring her back home.

After the hearing, Secretary of State Antony Blinken tweeted that US embassy officials spoke with Griner and delivered a letter from Biden. “We will not relent until Brittney, Paul Whelan, and all other wrongfully detained Americans are reunited with their loved ones,” he said.

Former US Marine, Paul Whelan is serving a 16-year sentence for espionage.

Her arrest occurred just days before Russia’s invasion of Ukraine, highlighting the strained relationship between Washington and Moscow. The Kremlin has been accused of using Brittney Griner as a political pawn, while the Biden administration claims she has been “wrongfully detained.”

Dmitry Peskov, the spokesman for the Kremlin, has denied that Brittney Griner is being held as a hostage in Russia.

According to the Russian state news agency Tass, the foreign ministry said on Thursday that “publicity and hype” in the media and online around Americans detained in Russia impedes interaction between Moscow and Washington on prisoner exchanges.

On Thursday, she appeared in court wearing glasses, a red t-shirt, and red pants. She was handcuffed and led into the courtroom before being placed in a white metal cage. Griner was later joined in court by three US embassy representatives and her attorneys, with no TV cameras and only a few journalists permitted.

Brittney Griner, who plays for a Russian basketball team during the WNBA’s offseason, has made no public statements since her arrest, and it was unclear what she thought of the allegations leveled against her. Her family, friends, and colleagues, since the trial started, have increased their calls for the United States to do more to bring her home.

Her team held a support rally in Phoenix on Wednesday, while Rev. Al Sharpton urged Biden and Secretary of State Antony Blinken on Tuesday to arrange for him and a group of faith leaders to meet Brittney Griner in Russia.

The White House said Biden and Vice President Kamala Harris spoke with Griner’s wife, Cherelle Griner, on Wednesday to reassure her that he is working to secure Griner’s release as soon as possible. According to the White House readout of the call, he also read her a draft of the letter he was going to send Griner on Wednesday.

It came after Griner said in a handwritten letter to Biden earlier this week that she was terrified she would be imprisoned in Russia indefinitely, pleading with him to do everything he could to bring her home.

The State Department reclassified Griner as having been “wrongfully detained” in May and handed over oversight of her case to the State Department’s presidential envoy for hostage affairs. Officials in the United States have stated that they are working behind the scenes to free her.

Despite speculation in Russian state media in May that Griner could be exchanged for convicted Russian arms dealer Viktor Bout, who is serving a 16-year sentence for espionage, Washington has not officially commented on any possible prisoner swaps.