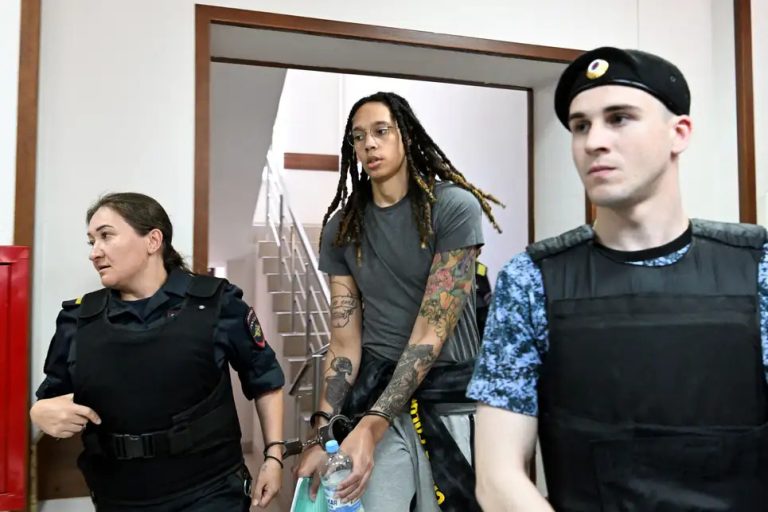 Brittney Griner, a WNBA star, has been wrongfully detained in Russia for 130 days. Her detention has been repeatedly extended, with the Russian government releasing very little information. Her case has now reached a critical stage, with a trial date finally set.

According to CNN, Griner’s trial will begin on Friday, July 1, according to her lawyer, Alexander Boykov. She was seen wearing a gray shirt and glasses as she arrived at a preliminary hearing on Monday. The WNBA champion was handcuffed and flanked by guards in black vests.”

The Phoenix Mercury center has been held in Russia since Feb. 17, when Russian police say they discovered vape cartridges containing hashish oil in her luggage. Despite the fact that Americans were advised to leave Russia ahead of the country’s invasion of Ukraine, Griner was rejoining her Russian basketball team.

Since then, she has been wrongfully detained in “medieval” conditions as described by former Russian prisoner Trevor Reed. On June 6, at a rally in Houston in support of Griner, the former Marine described the conditions Brittney and American Paul Whelan are living in.

“They live in a cell that looks like it’s something out of the Middle Ages. As an American, you can’t imagine what that place looks like until you actually see that for yourselves. Those conditions are what Brittney and Paul are living in right now as we’re having this conversation,” Reed explained.

Brittney Griner has had limited contact with her family and friends via letters, though a recently scheduled phone call between Brittney and her wife Cherelle fell through due to a lack of staff at the American Embassy.

Brittney’s absence has been especially difficult for her Phoenix teammates, who have been visibly and understandably emotional during games this season. WNBA and NBA stars have led the call for Brittney’s release, highlighting that she is being used as a political pawn and pleading with President Biden to “bring Brittney home.”

NBA star, Lebron James tweeted, “As a decorated Olympian and member of an elite global sport community, BG’s detention must be resolved out of respect for the sanctity of all sport and for all Americans traveling internationally. It is imperative that the U.S. Government immediately address this human rights issue and do whatever is necessary to return Brittney home. Join us in demanding that President Joe Biden and Vice President Kamala Harris bring Brittney home swiftly and safely by taking action today.”