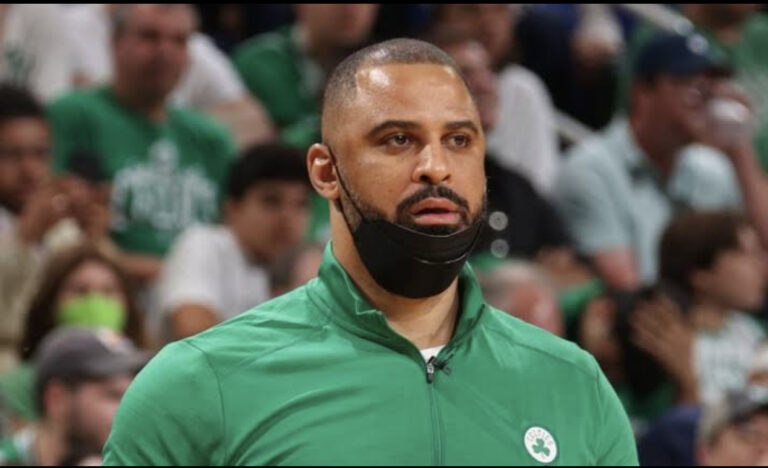 The Boston Celtics’ head coach, Ime Udoka, is allegedly involved in an intimate relationship with a member of the team’s staff, and he could be suspended as a result.

Updates on the disciplinary action could be provided as soon as Thursday, according to ESPN, which broke the news first. The engaged head coach’s relationship with the staff member is deemed a violation of team policies. Since they first met in 2010, Ime Udoka has been in a relationship with Nia Long, who plays Nia in the television series Fatal Affair. The couple announced their engagement in May 2015. They have a 10-year-old son together named Kez Sunday.

The organization is reportedly considering suspending Ime Udoka for the entirety of the 2022–23 season, according to ESPN, but insiders say it’s doubtful that his job is in danger long-term. The Celtics’ home opener against the Philadelphia 76ers on October 18 is still one month away.

Having had a fruitful second career as an NBA coach, Udoka, a 45-year-old former professional basketball player, is now a coach. In 2014, the San Antonio Spurs won a championship under the leadership of head coach Gregg Popovich, who he worked with for seven years there.

Last year, the Boston Celtics have named seven-year NBA veteran Ime Udoka as the next head coach, making him the 18th head coach in the organization’s 75-year history and the very first of African Origin, Ime Udoka is from the Eastern part of Nigeria.