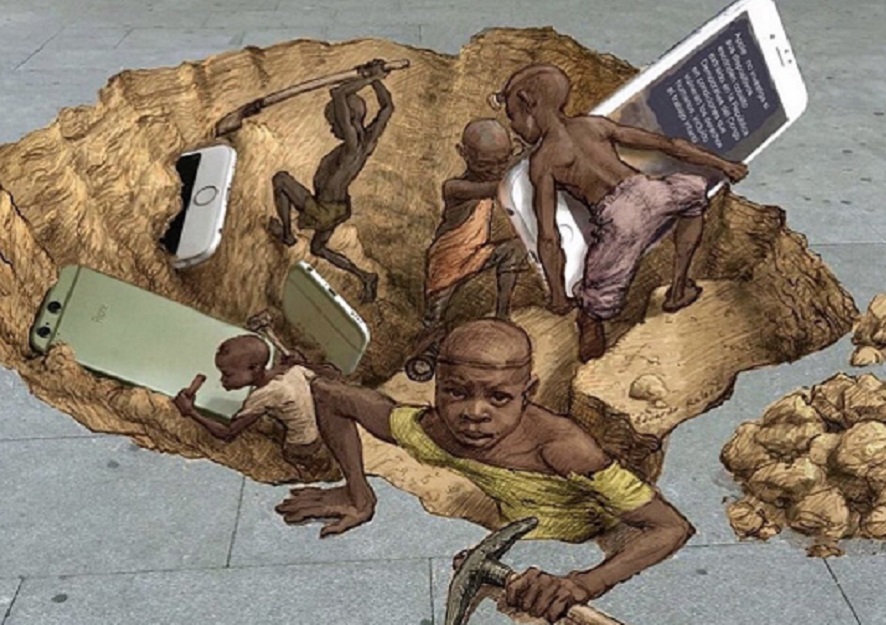 The wanton Exploitation in the mines of the Democratic Republic of Congo (DRC) has now received a global attention; thanks to the new and trending social media hashtag, #CongoIsBleeding. This hashtag seeks to highlight the child slavery, exploitation, pain, deadly conflicts and corruption manifested and orchestrated by the quest to feed megacompanies with Congolese minerals. 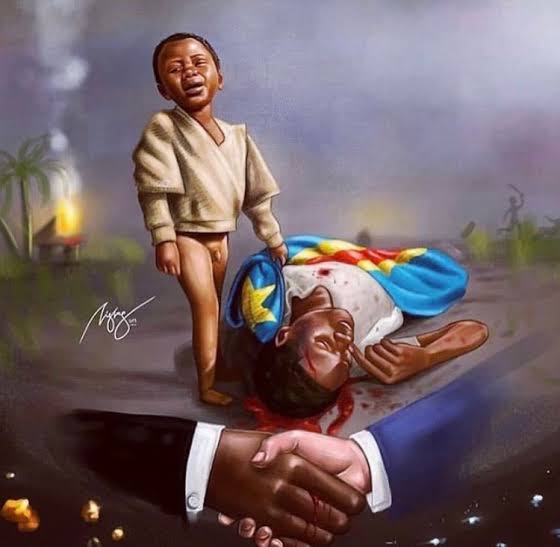 The #congoIsBleeding hashtag was conceived around the same time Nigerian protesters coined the; #EndSARS hashtag in order to create an energy and focal point for the storm created by the Nigerian protesters against police brutality. Subsequently #CongoIsBleeding has entered the trending lists in a few locations including; Ghana, Nigeria, the United Kingdom, Belgium, France and South Africa.

Also, Celebrities from Africa and other parts of the world including NBA star Serge Ibaka, have taken to Twitter to draw awareness and seek help.

What Exactly is #CongoIsBleeding All About?

Congo has the world’s most prolific cobalt mines, producing about half of the world’s utilized cobalt. The metal is a mineral used in making lithium-ion batteries as well as magnetic steels in phones, laptops among others. Even the device you are currently using to read this article was partly formed with cobalt from Congo.  And maybe mined by a child.

The lucrative nature of cobalt mining means that all efforts to ensure production can match the eternally elastic global demand are put in. The east of the DRC, where the mines are located, is therefore home to nearly 40,000 child laborers digging for the minerals that would eventually be utilized by Apple, Google and other giant corporations.

According to Global development expert Siddharth Kara; the asymmetric relationship between cobalt production in the DRC as well as what the mineral means to tech giants has an unending labyrinth. In 2018, Kara wrote that “children were working 12-hour days, some for just $2 a day, digging and hauling sacks of cobalt-rich rocks, in a chaotic scramble for the hugely valuable commodity.”

These are the poorest of Congolese with little to no safety net and are at the mercy of taskmasters who are usually corrupt government employees or even rebel forces. This brings us to problems associated with another mineral, coltan, which has led to insecurity in the same eastern region of the DRC.

Coltan is compositely different from cobalt yet it is also used in making tech product like capacitors. East Africa is rich in coltan, with the DRC and its neighbor Rwanda some of the largest producers of the mineral.

Congo’s government is neither willing nor capable of ensuring the security of the lives and property of its people in the coltan-rich towns. This means that non-state actors, specifically rebel forces from Rwanda and Uganda, loot, torture, rape and kill Congolese in these places all in the quest to profit from coltan produce.

For decades, multinational companies and European countries have acquired coltan in spite of the fact that the monies they pay do not go into bettering the lives of poor Congolese. Moral considerations are not allowed to get in the way of huge profits.

Congo has also accused Rwanda and Uganda of doing very little to stop rebel incursions into the DRC. In 2012, a Congolese minister, Lambert Mende Omalanga, noted; that “200 to 300 rebels were recruited in Rwanda in order to be infiltrated in the DRC.”

These extremely grim portraits of cobalt and coltan production in the DRC do not make it into the headlines; perhaps as a result of how global sensibilities have become used to wars and strife in that country. Nonetheless, the #CongoIsBleeding a campaign in perseverance and hope that something positive might finally begin to unfold.