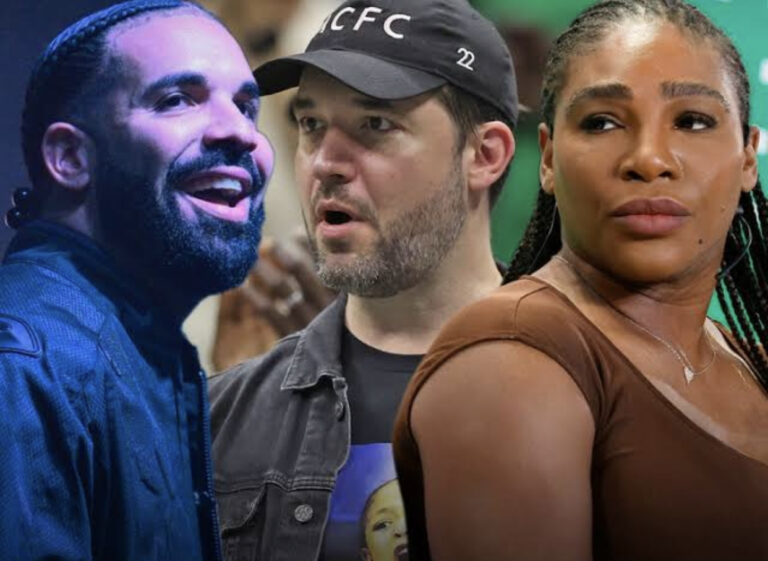 Rapper Drake, seems to have a lot to say on his new album with 21 Savage, Her Loss, which dropped at midnight on Friday.

In the single “Middle of the Ocean,” Drizzy talks directly to Serena Williams, who he allegedly dated briefly years ago — calling her husband“a groupie.”

He raps: “Sidebar, Serena, your husband a groupie/He claim we don’t got a problem but/No, boo, it is like you comin’ for sushi/We might pop up on ’em at will like Suzuki.”

However, it didn’t take long for Alexis Ohanian, Serena’s husband to respond to the groupie jab, taking to Twitter to share his thoughts on the now-viral line. “The reason I stay winning is because I’m relentless about being the absolute best at whatever I do. Including being the best groupie for my wife [and] daughter,” he said, accompanied by a photo of their child, Alexis Olympia Ohanian Jr., 5.

The response concluded a short thread in which he explained what he’s been doing since leaving Reddit in 2020. “It’s cliché, but life changed when I became a husband [and] papa. It’s made me 100x better as a man and a businessman,” he wrote. “In Serena Williams, I found a partner I knew I would never outgrow, who would always motivate me to be greater. And in 776, I found partners [and a] team who do the same.”

He added, “I’m grateful. Everything I accomplished before those hard convos in 2020 is irrelevant to me compared to the work Jr. will see me doing now. Creating one multibillion-dollar company (and seeding 35+ more) taught me a lot, [and] now we’re going to scale that using software [and] empathy.” Williams responded to her husband’s thread with a series of heart-eye emojis.

Check out Alexis and Williams’ response to Drake’s “Middle of the Ocean” groupie jab below: