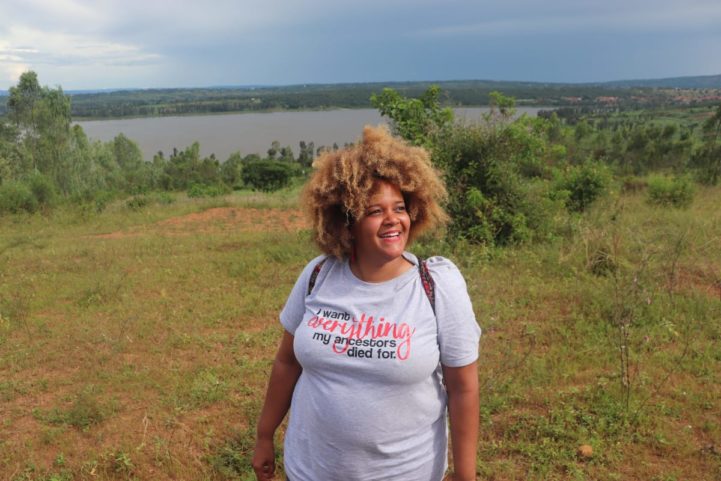 An African America woman has explained how she got her breakthrough after repatriating to Rwanda in pursuit of better investment opportunities.

Jai Essence felt she was putting in a lot of effort but getting nowhere. So she packed her belongings and relocated to Rwanda.

Essence thought she had done everything she had been taught by graduating from college and getting a great job, but despite her achievements, she couldn’t get ahead.

“Things were just not working in the U.S. for me,” she explained to Travel Noire. “And I couldn’t figure out why because I was getting good jobs, I felt like I was in the same cycle of frustration trying to make things work.”

Essence was thinking about saving for retirement and having enough money to support herself and her elderly parents. Fearing that she would struggle to make ends meet in retirement, she devised a savings strategy that included moving abroad to stretch her income a little further.

She moved to Dubai after securing a job as an educational administrator. This enabled her to complete her first goal of debt repayment.

“I went to Dubai for two years and that’s where I saved to pay off debt,” she explained. “It is not easy to pay off your debt on American soil.” She began to learn more about African countries, including Rwanda, while in Dubai.

“I was hearing that Rwanda has a visa for people who are retired, people were buying businesses, purchasing land, and even how safe it is. It’s one of the safest countries in the world. With all the growth and development, I kept thinking about how this is what I want my life to be.”

She realized her dream of living in Africa after applying for a job. She now lives in Rwanda, where she bought a farm, which she never thought she could afford in the United States, let alone Rwanda.

“I was broke and broken in America,” Essence admitted. “I literally could not make my money meet for the next month. I felt there was always a situation and never breathing room. I was frustrated because I was doing all the financial guidelines from groups I was in, budgeting— everything felt like to gain more I had to restrict myself more. I was tired of the conversation about you have to do more to get more, including seven side hustles.”

Essence advises anyone considering a move abroad to simply trust their instincts.

“If the word ‘consider’ in your vocabulary that means it is something in your spirit and your gut. That means there’s going to be a time down the line, where you’re either going to have a regret that you did do it or you didn’t,” she explained. “If you’re considering it, then what’s wrong with following that train of thought? For me, I was broken. My love for life and hope was dying, and I couldn’t see a way out. I left America and found those things again.”

10 Challenges African Entrepreneurs Face And How To Overcome Them