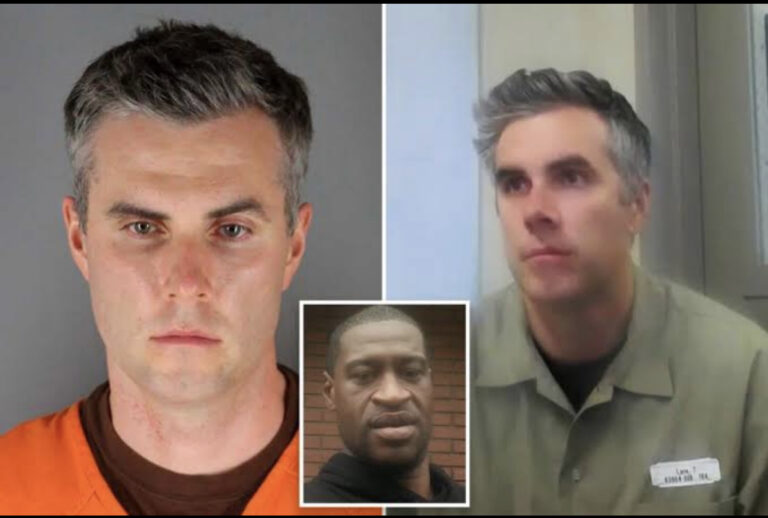 On Wednesday, Thomas Lane a former Minneapolis police officer who pleaded guilty to a state charge of complicity in second-degree manslaughter in George Floyd’s death was given a three-year prison term.

For breaching Floyd’s civil rights, Thomas Lane has already received a two-and-a-half-year federal term. Prosecutors and Lane’s lawyers concurred on a three-year sentence in a federal prison to be served concurrently in the state case.

The sentencing hearing on Wednesday was conducted online. Lane emerged from the low-security federal prison camp in Littleton, Colorado known as the Federal Correctional Institution Englewood.

Floyd, 46, passed away in May 2020 after Derek Chauvin, a white police officer, pinned him to the ground while Floyd insisted repeatedly that he couldn’t breathe. Floyd had been complaining about his inability to breathe. Floyd’s legs were restrained by Lane, a white person. During the nine-and-a-half-minute restraint, Tou Thao, an American Hmong, and Black man J Alexander Kueng, who was kneeling on Floyd’s back, prevented onlookers from interfering.

As part of a global crisis over racial injustice, the homicide, which was caught on bystander video, spurred protests in Minneapolis and throughout the world.

Chauvin received a state sentence of more than 22 years after being found guilty of murder and manslaughter last year. Additionally, he admitted guilt to a federal charge of obstructing Floyd’s civil rights. Both his state and federal sentences are currently being carried out concurrently.

Due to their convictions on federal civil rights offenses, Kueng and Thao received sentences of three and a half and three years, respectively. They are due to stand trial in October on state accusations of encouraging both murder and manslaughter, but they have not yet gone to federal prison.

Thomas Lane stated that he knowingly assisted in the restraint of Floyd in a manner that constituted an undue risk and resulted in his death when he pleaded guilty to aiding and abetting second-degree manslaughter.

The plea deal included the dismissal of a more serious charge of encouraging second-degree accidental homicide.

The plea agreement says Thomas Lane knew Floyd should have been rolled on to his side – and evidence shows he asked twice if that should be done – but he continued to assist in the restraint despite the risk. Lane agreed the restraint was “unreasonable under the circumstances and constituted an unlawful use of force”.