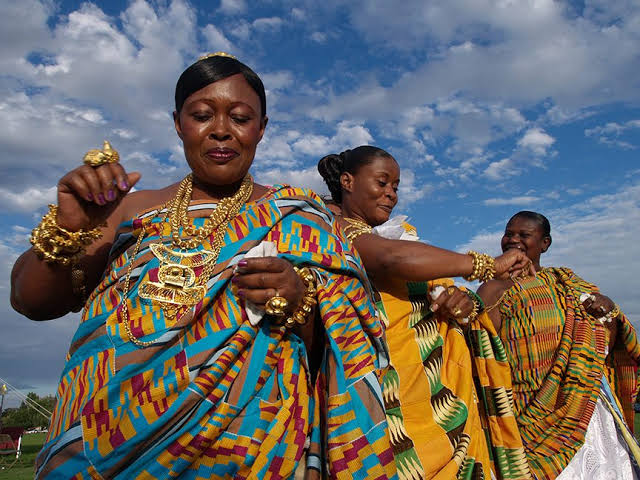 Adinkra symbols are associated with the people of Ghana. When you talk about African Writing Systems, the most popular one is the Egyptian Hieroglyphics. However, not many people understand that writing systems embedded in symbolism; have been in existence for as old as the continent itself. The ancient African Symbols carry deep meanings and cannot be understood by mere looking at them; because the African people have always been spiritual and cosmic as well as communicating in deep proverbs and obscured symbols as a way of passing messages. 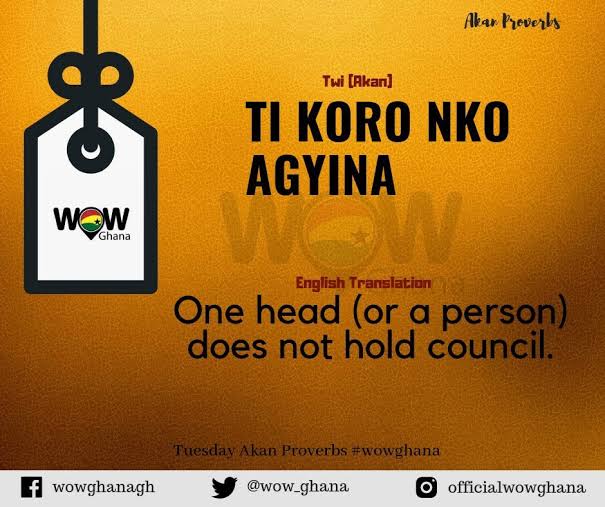 Ancient writing systems like Nsibidi, Adinkra Symbols, Ogam writings are just only coming to light and in this article; we would be focusing on one of the Adinkra Communicative  Symbols of the Akan People Of Ghana, West Africa. The “TWO HEADS ARE BETTER THAN ONE” symbol, known as “Ti koro nko agyina” amongst the Akan People.

Akan has, since the 1950s, been used in Ghana to refer to the language whose dialects include; Fante, Akuapem, Asante, Bono, Wassa, Agona, Akyem, and Kwahu. These dialects are spoken in Ashanti, Central, Brong Ahafo, and in parts of Eastern and Western Regions of Ghana. The language is spoken by about 49.1% of Ghanaians as a first language (Statistical Bulletin, 2002). Akan is also spoken as a second language by the; Anyi (Aowin), Sehwi, Nzema and Ahanta to the West and by speakers of Guan languages such as Efutu/Awutu, and Anum-Kyerepong- Larteh to the South and East. In these areas (except in the Nzema-speaking area) Akan is the medium of instruction in the first few years of primary school, and it is used in church and for trade. Akan is also an important language of trade in almost all the ten regional capitals of Ghana.

Adinkra is said to be Primordial and derived from nature and adinkra symbolism has a name and meaning derived either from; a proverb, a historical event, human attitude, animal behavior, plant life, forms and shapes of inanimate and man-made objects.

TI KORO NKO AGYINA; TWO HEADS ARE BETTER THAN ONE

The Adinkra Symbol of Ti koro nko agyina literally means One head (or person) does not hold council; and that is the background of the symbol which also means two heads are better than one.

This symbol carries the message that no man is an island and working as a team is better than working alone; and one cannot take the best decisions by just discussing with themselves. However it also symbolizes Companionships, partnership, marriage, love and communal living.

Amongst the Akan people, Marriage, Companionships, Partnerships and Love are highly revered.

Principle  Of The Symbol

The Akan Proberb, “Hu m’ani so ma me nti na atwe mmienu nam” which translates to “for the sake of helping each other; the antelope walks in pairs” also connotes to this Adinkra symbol which is used and revered amongst the Akan people. The Akan people believe that collaboration is much better than strife and competition; hence the Symbol to remind members of the community.

The Republic of Ghana presented the Adinkra symbol of; “Two Heads Are Better Than One” to the United Nations. It may be seen hanging on one of the walls in the delegates’ lounge in the United Nations Building in New York City.