Floyd’s Killer, Derek Chauvin Is Now Being Investigated For Kneeling On A 14 Year Old Black Boy’s Neck In 2017 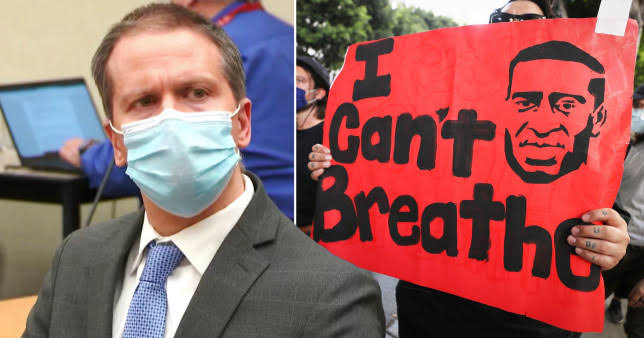 Derek Chauvin’s Karma seems to be on a back to back trail, as the former police officer is now being investigated; for rendering a 14 year old black boy unconscious after kneeling on his neck, back in 2017.

According to TMZ, Minneapolis police and prosecutors have received a video of Chauvin; using the exact same tactic that killed George Floyd on another person; and this time a minor. In 2017, a 14-year-old Black child was rendered unconscious after Chauvin gashed his head with a flashlight; and knelt on the boy’s neck for 17 minutes; as the little boy kept screaming, “I can’t breathe!”
Federal prosecutors have now convened a grand jury to decide on whether to bring criminal charges against the convicted murderer. Lawyers attempted to bring this case into evidence during Derek Chauvin’s murder trial but were denied by Judge Cahill.

According to the story, a mother called the police to report that she was being attacked by her 14-year-old son and her daughter. Derek Chauvin was the responding officer and enacted the violence after the boy wouldn’t comply with his orders. The video shows Chauvin kneeling on the boy’s neck for 8 minutes; before changing positions and choking him for another 9 minutes. 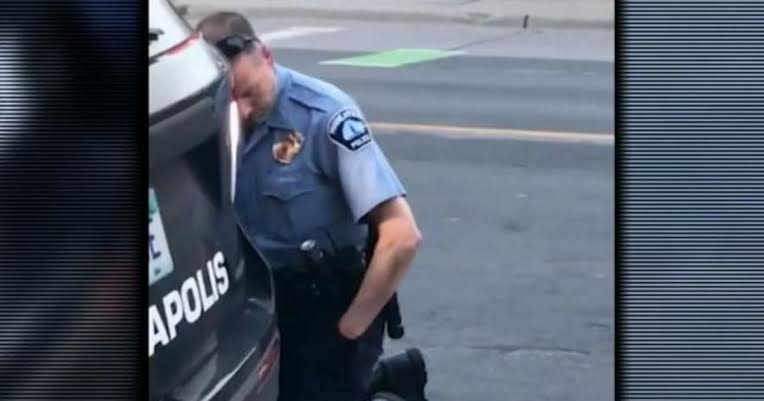 Vice reports that; the Video of the incident allegedly shows Chauvin striking the boy with a flashlight; then grabbing him by the throat before striking him with the flashlight once more. During Chauvin’s flurry of attacks, the boy allegedly called out to his mom, telling her that the officer was hurting him.

“At 9:14 p.m. Chauvin applied a neck restraint, causing the child to lose consciousness and go to the ground,” court documents say. “Chauvin and Walls placed him in the prone position and handcuffed him behind his back; while the child’s mother pleaded with them not to kill her son and told her son to stop resisting.”

Derek Chauvin then allegedly used his body weight to pin the boy to the floor, in a manner similar to Floyd’s fatal arrest.

“The child began repeatedly telling the officers that he could not breathe, and his mother told Chauvin to take his knee off her son,” the court documents recount. But Chauvin allegedly refused. “About one minute later, the child’s mother pointed out that her son had said he could not breathe; and told Chauvin again to take his knee off the child as he was already handcuffed. Chauvin replied that he was a big guy and did not move.”

The boy’s mother pleaded with Chauvin a total of four times; and Chauvin refused to remove his knee from the child’s neck. He kept the 14-year-old under his knee for a total of 17 minutes. It wasn’t until the boy told his panicked mother that he was going to be OK that she stopped asking Chauvin to let up.

We will keep you all updated on this matter.