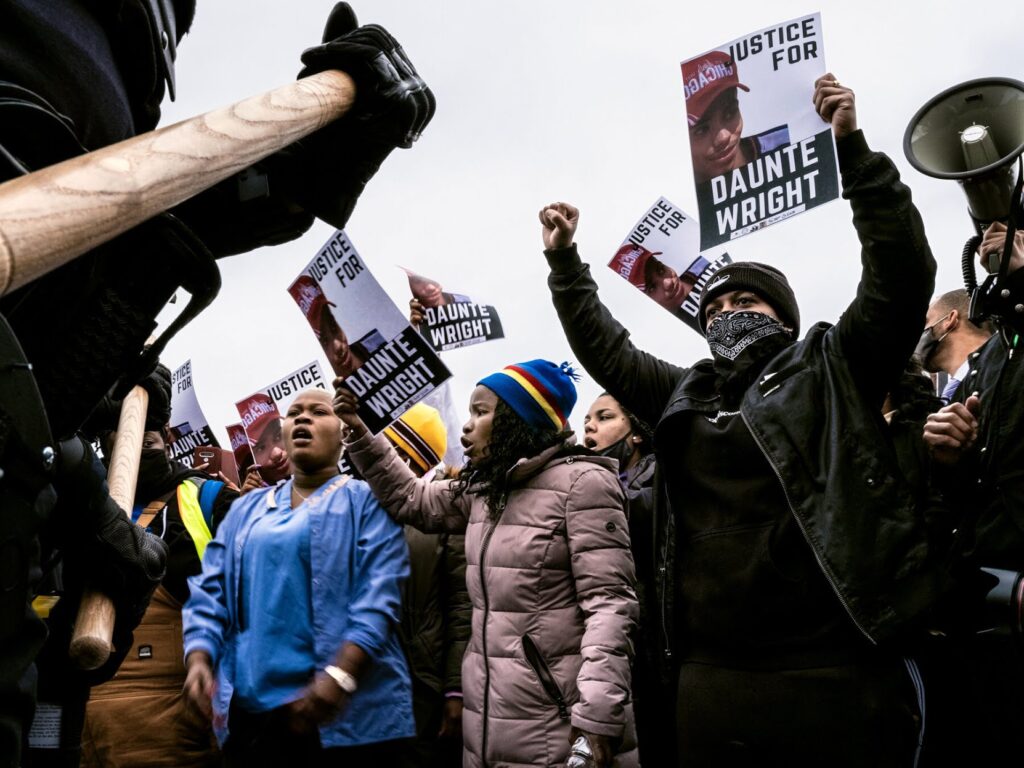 Kim Potter, a former Brooklyn Center officer, was on Thursday charged with first-degree manslaughter. The charge is in addition to an initial charge of second-degree manslaughter she is facing. Kim is accused of killing Daunte Wright, a 20-year-old black motorist, over a traffic stop in Minnesota on April 11th, 2021.

Explaining what transpired on the fateful day, Chief Tim Gannon, who has since resigned, said police had stopped Daunte because of expired registration tags. They then tried to detain him after realizing he had an outstanding warrant of arrest. Daunte stepped back into his car, causing a commotion with the police.

The statement, however, contradicted the footage produced by Brooklyn Center Police Department. In the video, the police could be seen trying to arrest the young Daunte, who frees them and re-enters his car.

A commotion emerges as the police try to get him out of the car. Kim can be heard in the footage shouting, “Taser,” after which she goes ahead to fire the gun, shooting Daunte in the chest. Daunte drives off but hits another vehicle after several blocks, and he is pronounced dead.

Together with Gannon, Minneapolis suburb’s police chief, Kim Potter resigned from the Brooklyn Center Police Department one day after the incident. She was afterward arrested and charged with second-degree manslaughter after weeks of intense protests at the home of Washington County Attorney.

The trial is scheduled for November 30th. If convicted, Kim risks 15 years in prison and a $30,000 fine for the first-degree manslaughter charge.