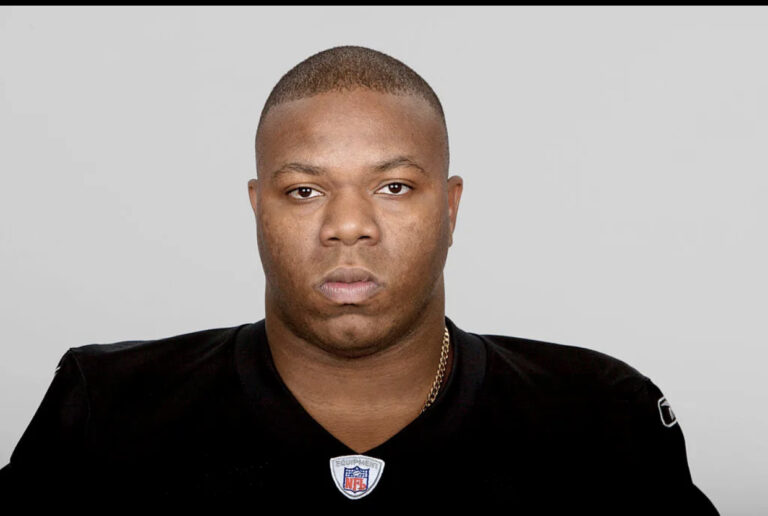 Former NFL player Kevin Ware Jr. Is alleged to have  murdered his girlfriend and burned her remains. He is now facing murder and tampering charges after leaving her body so burnt that it took authorities a year to identify her.

According to the Houston Chronicle, 41 year old Kevin Ware, who previously played for the San Francisco 49ers and Washington Commanders, was initially a person of interest after his girlfriend, 29 year old Taylor Pomaski went missing in April 2021.

After a widespread search, her remains were eventually found eight months later in a ditch in Harris County, Texas in December, which police reported to be severely burned.

Kevin Ware and Taylor Pomaski last week together at a party

Miss Pomaski was last seen at a party held at her Texas home with Kevin Ware, where witnesses said the two had gotten into a heated argument. She was never seen or heard from again, the Chronicle reports.

Her body was not positively identified until April, 2022, which is a full year after being found and nearly two years following her disappearance, according to Fox 5 New York.

Kevin Ware was arrested by U.S. Marshals in June for an alleged bond violation before being indicted by a Harris County grand jury a month later for murder and tampering with evidence in Pomaski’s death.

He was then transferred from Montgomery County to Harris County Jail this week.

Ware is scheduled for his next court appearance on September 26. Prosecutors had requested his bond to be set at $1 million, however no judgment has been made as of Friday regarding any kind of bail release.

He faces 15 years to life if found guilty.

He also played 16 games total as a professional football player, and made four receptions and 26 receiving yards during his time in the NFL.