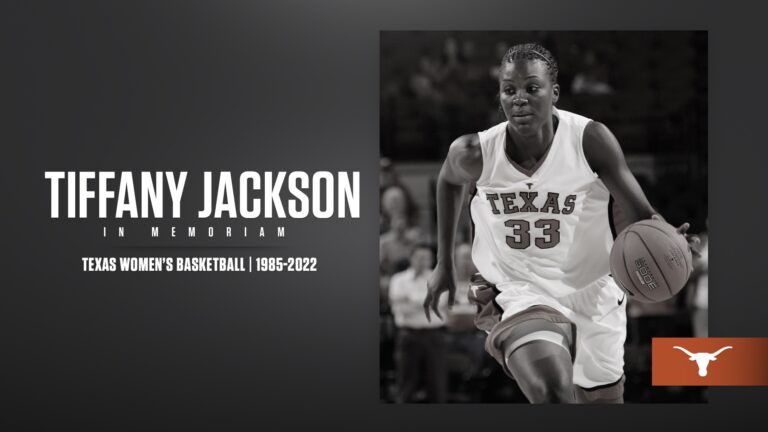 A former WNBA player who was drafted by the New York Liberty had passed away. She was 37 years old. According to The University of Texas Women, Tiffany Jackson, who played basketball for the university from 2003 to 2007, died on Monday after losing her fight with breast cancer.

“We are deeply saddened to hear the news of the passing of Tiffany Jackson, one of the greatest players in the history of Texas Women’s Basketball,” Texas Head Coach Vic Schaefer said in a written statement.

“From her days as a player for DFW Elite to her days as a player at The University of Texas, Tiffany has meant so much to so many people in this great state of Texas. I know she was so excited to be the head coach at Wiley College for the upcoming season. She will be sorely missed by so many. Our deepest sympathies go out to her family.”

Tiffany Jackson was hired earlier this year to coach the Wiley College women’s basketball team. She was preparing for the upcoming season. According to the school’s website, she was hired as the head coach of the team on April 20, 2022.

“We were extremely saddened at the passing of Coach Jackson, she was an incredible light for our students and an amazing member of the Wiley College family. Her dedication to Wiley College was evident in how she interacted with the students and her community. She will be sorely missed. We are praying for her family and friends,” said President & CEO Herman J. Felton, Jr.

Tiffany Jackson, who was picked in the 2007 WNBA draft by the New York Liberty as the number 5 pick, was the only player in Texas women’s basketball history to have at least 1,000 points, 1,000 rebounds, 300 steals, and 150 blocks. In her first season at the school, she became the Big 12 Freshman of the Year. Jackson was also named the National Freshman of the Year by the U.S. Basketball Writers Association and ESPN.com.

Wiley College has announced that the school will honor Coach Jackson at the first women’s home game of the season.