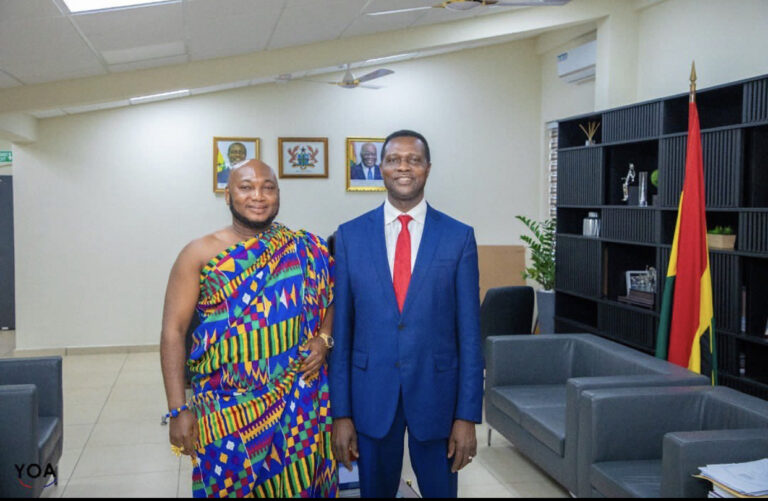 As the vision of The United Nations Decade of People of African Descent achieves an important event about Transatlantic slave trade on Wednesday, September 28, 2022, a cultural assemblage is expected to congregate in Kansas City.

“It’s time to say what needs to be said to all African Diaspora and we must have the conversation and resolve our actions and inactions as rulers of our Kingdoms during the Trans-Atlantic Slave Trade which is deeply regretted,” as expressed by Nana Obokese Ampah I, Apagyehen of Asebu Kingdom, Ghana, founder and president of Obokese University of Excellence.

A solemn ceremony with a pilgrimage to the Quindaro Underground Railroad site in Kansas City, Kan., where dignitaries and 100 delegates from Ghana will congregate along with local and national leaders, will be sponsored by KC, the only UNESCO Creative City of Music in the United States.

“IT ISN’T ENOUGH TO ASK OTHERS FOR AN APOLOGY. WE MUST FIRST FORGIVE OURSELVES,” SAID OBOKESE.

From the 16th to the 19th centuries, the Middle Passage of the triangular trade route was frequently used in the slave trade. Some from Central and West Africa were sold into slavery and transported as slaves in the transatlantic slave trade by other West Africans, while others were directly kidnapped by the slave traffickers in coastal raids.

The highly anticipated ceremony will set the tone for the week as the assembly of over 100 Ghanaians is set to promote unity while bridging an international UNESCO Ghana-UNESCO- Kansas City initiative for a long-lasting fruitful exchange and to foster ongoing trade, tourism, and cultural enrichment.