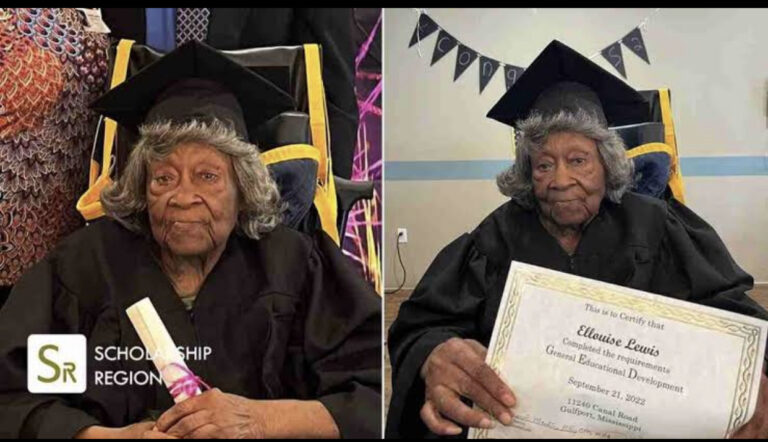 90-year-old Ellouise Lewis from Gulfport, Mississippi has finally received her GED certificate after 70 years have passed since she had to drop out of school. A graduation ceremony was held at her nursing home.

“I never did get a chance to graduate until this day,” Lewis told WLOX.

Ellouise Lewis was in the 10th grade when she dropped out of high school. Whenever she looked back to those days, she said she had always wished to finish her education.

The staff at the Gulfport Care Center, where Ellouise Lewis has been admitted, helped make her wish come true. They reached out to Wells of South Gate, a religious organization and learning center that conducts adult classes.

“It’s a blessing to me and to my coworkers to be able to make this happen,” said Activity Director Lisa Perdue.

She took the mock test and passed it, making her the organization’s first-ever recipient of an honorary GED. Even though it is not an official GED, it still highlights Lewis’ knowledge and determination to complete SouthGate’s course.

“When they told me here that I could get my GED happy about. Still happy, excuse me, because this makes me happy to know that I can do,” she said.