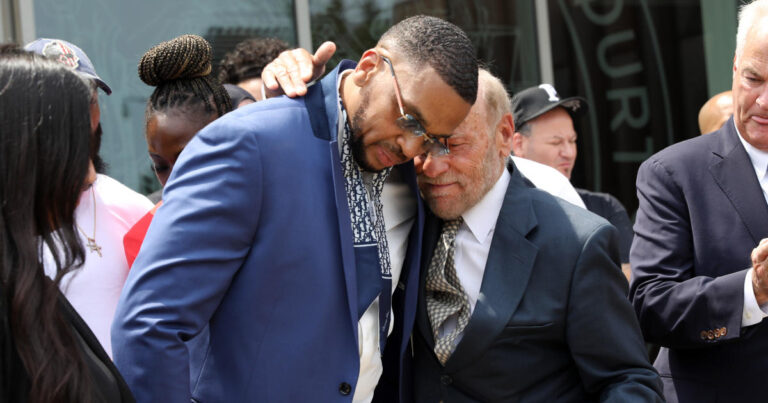 New York City has agreed to pay Grant Williams, $7 million for spending 23 years in prison for a murder he did not commit; Comptroller Brad Lander said on Monday.

Williams, 51, got paroled in 2019. After he was cleared last year, he filed a notice of claim, a first step toward suing the city. The Comptroller’s office has the authority to settle such claims without the action of a court and does so occasionally; like the case in 2014 where Eric Garner was choked to death by the Police.

Williams’ attorney, Irving Cohen stated that the city did the right thing by settling the case quickly. “This will assist him in going forward and trying to get back on his feet, and finally putting the ordeal behind him.”

Lander, a Democrat, said in a statement, “While no amount of money can bring those years back for Mr. Williams or his family, I am pleased that we were able to move quickly to a fair and early resolution of this claim.”

Williams’ murder case had rested largely on the testimony of a number of eyewitnesses. One of them was a police officer who chased the gunman and gave a description initially that did not match Williams.

At his trial, prosecutors also sought to suggest a connection between Grant Williams and a baseball cap that fell at the scene of the crime, though the hat was never tested for DNA that could have pointed to who wore it. The hat had the logo of the Wu-Tang Clan on it.

Williams formerly worked at the multiplatinum-selling rap group’s Staten Island Studio, but Irving Cohen noted that there was no telling how many hometown fans might have had Wu-Tang Clan hats at that time. There was no digital, physical, or forensic evidence tying Williams to the crime, and some witnesses testified that he wasn’t the gunman

Another eyewitness, the victim’s friend, had also told investigators that Grant Williams wasn’t the gunman. But police didn’t tell the prosecutors involved until after he was indicted. The witness also did not testify at the trial.

Grant Williams appealed his conviction unsuccessfully for years before Staten Island District Attorney Michael McMahon’s office agreed to review it. Prosecutors who said they now believe Williams was innocent, ultimately joined in seeking the dismissal of his conviction.

Grant Williams, at the time, told reporters that he never lost faith that he would be exonerated. Outside the courthouse, he said, “I used to tell everybody in prison I’m innocent, they say, Oh Williams, everybody says that.” I said, ‘I’m telling you the truth. One day you’re gonna see me on the news and they’re gonna say I was innocent,’ and today’s that day”

Since his release, Grant Williams has been adjusting to restarting his life. He earned his associate’s degree in prison and started working on a bachelor’s, CBS New York reported. He also hopes to help other wrongfully convicted people receive justice and other people to avoid crime.