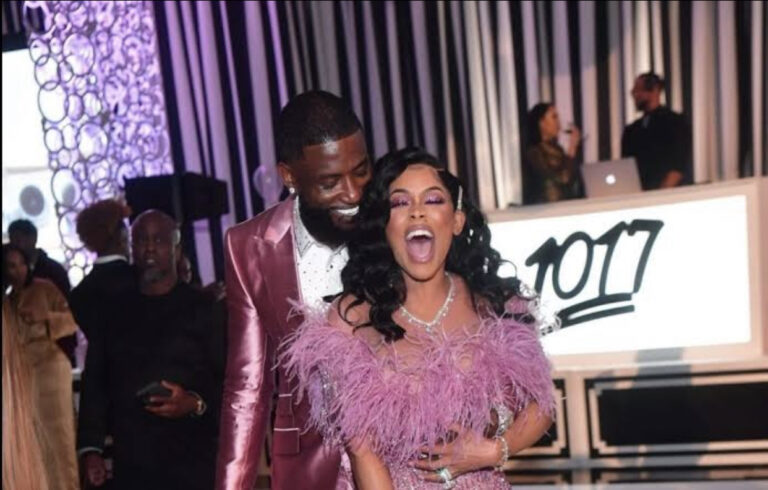 Keyshia Ka’Oir and Gucci Mane are expecting their second child together.

In a video she posted on Instagram on Friday, Keyshia shared the exciting news by delivering Gucci Mane a positive pregnancy test while he was relaxing in bed.

“Let’s Have Another Baby ICE Needs Somebody To Play With,” she captioned the clip, referencing a line from Gucci’s recent single “Mrs. Davis.”

Keyshia posted old pictures of herself with a big bulge in December and expressed her intention to have another child. Ka’Oir stated in the caption of the post that the pictures were taken while she was nine months pregnant. She continued, “I need me another one.”

Ka’oir met Gucci in 2010 and the couple got married in 2017 after the rapper popped the question in 2016 at an Atlanta Hawks game.

Gucci Mane celebrated his wife this past June by dropping a track called “Mrs. Davis.”

“I was at my worst, so you deserve my best/I treat you like a queen, ‘cause you deserve the best/Said I’d get twenty years, she didn’t break a sweat/Went from kissin’ in the jail, to kissin’ on a jet,” Gucci raps on the song.