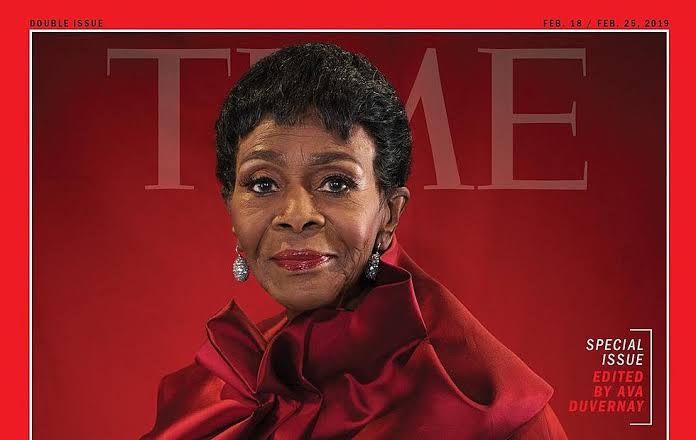 At her youthful age of 94, hollywood star actress Cicely Tyson, is gracing the front page of Time magazine’s 2019 Optimists issue, and robbing us ALL of any and every “AGE” excuse we could ever possibly make. 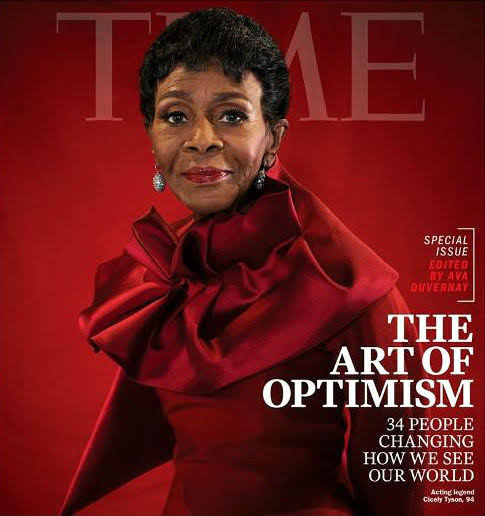 In the issue, Cicely Tyson opens about her 60-plus year acting career, from her film debut in ‘Carib Gold’in 1956, to her most recent work as Annalise Keating‘s mother in ABC’s ‘How to Get Away with Murder.’ Known for only accepting non-stereotypical roles and paving the way for generations of Black actresses, TIME asked Tyson to recall a moment that she was told that her art made an impact on others.

“When I made the decision to use my career as my platform, to try to make a dent in some of these injustices that I witnessed and experienced in life, I said if just reach one person, one person, then I will be happy,”

The Legend also added; “There isn’t a day — I’m grateful to say — that when I walk out of my doors I don’t run into somebody who says, ‘I can’t tell you what you’ve done for me. You changed my life.’ To me, you can’t buy that. It just confirmed for me that I was on the right track and I stayed on the right track.” 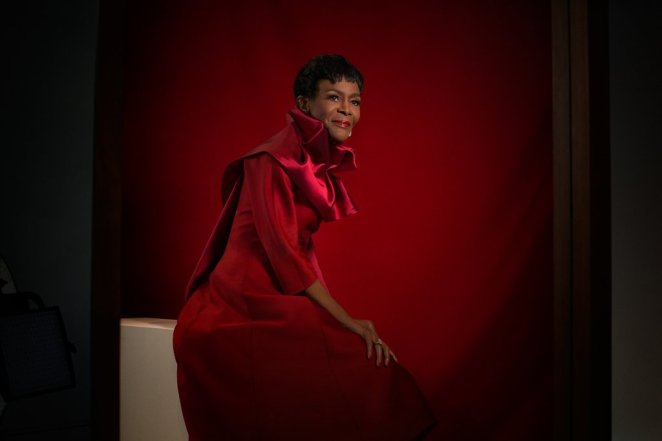 Tyson received the Kennedy Center Honors in 2015 and the following year, in 2016, was awarded the Presidential Medal of Freedom by President Barack Obama.

SHE SEES NO PLANS OF RETIRING IN SIGHT! There’s no doubt that when Cicely does decide she’s end this race of life, she will have without a doubt utilized all her talents and render none over to the grave. She is some kinda inspiration! Can’t wait to see what the future holds for this spunky 94-year-old.