How African-American Surnames hold the weight of Black history 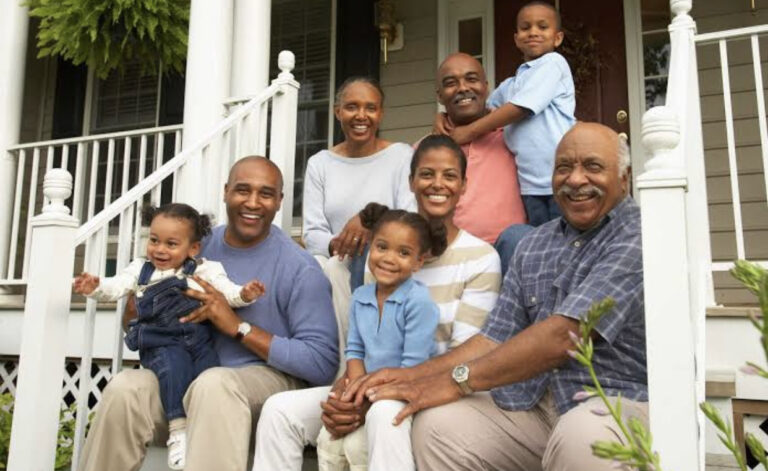 Much of what is known about African-American surnames is derived from civil war records. Many black people chose the surname Freeman or Freedman after they were freed from the grip of their masters and could publicly identify who they were. Others chose the pre-slavery surnames Washington, Williams, Brown, or Johnson, which are still common today.

Despite having no relation to the family, some recently released Black people who could read chose unusual surnames they had seen in newspapers. Some people chose their names based on Frederick Douglass or other ambitious Black people.Africans who had once been slaves were often enlisted by white military officials who completed their first paperwork.

Names were removed and family histories were broken throughout the centuries-long campaign of enslavement, which aimed to deprive its victims of all of their humanity. Before freedom, anyone who wanted to stay anonymous while escaping an enslaver would alter their name.

Many Black people chose the surname Freeman or Freedman after they were freed from the grip of their masters and could publicly identify who they were. Others chose the pre-slavery surnames Washington, Williams, Brown, or Johnson, which are still common today.

Despite having no relation to the family, some recently released Black people who could read chose unusual names they had seen in newspapers. Some people chose their names based on Frederick Douglass or other ambitious Black people.

Post-emancipation naming was erratic, and records were rarely, if ever, kept. There are reports of persons who had one surname in 1870 but changed it by the time of the next census, along with changes in spelling throughout the course of generations.

People appeared to have the flexibility to either ignore anything associated with enslavers or to retain given surnames due to a relationship with them.

Oluale Kossula is the name author Zora Neale Hurston used when she greeted Cudjo Lewis, one of the last known survivors of the transatlantic slave trade and the subject of her nonfiction book “Barracoon.”

According to Hurston’s narrative of the hours they spent in 1927 piecing together his existence on that warm summer day in Alabama, he was happy to be addressed by the name his mother gave him.

“My name, is not Cudjo Lewis. It Kossula,” he said in Hurston’s book, which was published posthumously in 2018. “When I gittee in Americky soil, Mr. Jim Meather he try callee my name, but it too long, you unnerstand me … Den I say, ‘You callee me Cudjo. Dat do.’”

The renaming of Kossula serves as an example of the difficult and contentious beginnings of many African-American surnames. However, his experience was not unique; it was the norm. Any ties that Africans might have had to their countries of origin or families were severed when they were taken as slaves and brought to America.

The decision to use a particular surname was made for a variety of reasons, and naming was a complex process, especially after independence, that was influenced by newly acquired agency. But the conclusion was always driven by a blend of awe and strength.

“To refer to a person by their given name is to recognize the individual as a person,” wrote Reinette F. Jones, a librarian at the University of Kentucky whose research includes Black families and enslavement in the state. “When African Americans gained their freedom from enslavement, they also gained the freedom to name themselves and their children.”

Veterans of the U.S. Colored Troops frequently had to explain any name changes to a white special investigator in the Civil War pension records, which are another rich source. Because the previously enslaved individual was being interviewed in both cases, there may have been a mismatch between what was said and what was recorded.

It becomes more complicated if the enlistee uses a different last name but is known by the one given to them by their master, according to Brandi Brimmer, an associate professor in the department of African, African American, and diaspora studies at the University of North Carolina at Chapel Hill.

“There’s tremendous variation and pattern,” Brimmer said. “It’s a moment where people who are coming from an oral culture are now having to engage with government bureaucracies and having to engage with surnames that certainly have meaning within their communities, but now have implications.”

Meaghan Siekman, a genealogist of the Newbury Street Press with the New England Historic Genealogical Society, described a case where the individual she researched took a surprising surname. She eventually learned that someone with that last name previously sold their family.

While the family likely adopted the surname, she said, over the course of “a couple of generations, even during slavery,” it became their own.

What is in Surnames?

But it’s a common misunderstanding that newly freed Black folks always took the name of their enslaver. Unless the surname is unique, explained genealogist Kenyatta Berry, that likely wasn’t the case.

“If you know that your ancestors took the last name of their enslaver, what’s the relationship between them and their enslaver?” Berry, who is also the host of “Genealogy Roadshow” on PBS, said. “Did they take that name because they grew up on that plantation? Or is there some type of family relationship to why they chose that surname after emancipation?”

Reconstruction-era South Carolina state legislator Paris Simkins, whose father owned slaves. Keeping his father’s last name may have been a tactic to prevent Berry, who is studying Simkins, from being able to absolve his father of how he treated the slaves.

“By having that name and knowing that his father was from one of the prominent families in that county, that was a way to say, ‘You’re not gonna forget that. Even though my mother was sexually assaulted, I’m part of this family,’” she said.

In order to maintain their connection to the kinship networks they formed with other enslaved Black people, a former slave might have continued using their enslaver’s last name.

According to Robyn Smith, a genealogist and founder of the blog Reclaiming Kin, which focuses on Black ancestry, some people may have kept their enslaver’s surname out of convenience or because they had more pressing concerns during Reconstruction, like finding housing, securing an income, and tracking down family members who had been sold.

But it was more common for a previously enslaved person to take their mother or father’s last namedepending on which parent they knew, Smith said. If their parents were married, they would take their father’s surname. When enslaved folks were sold or bequeathed through the enslaver’s family, they would, in most cases, only know their mother’s last name. But some would choose new surnames entirely.

“Choosing your surname gives you that power to say, ‘This is what I’m gonna be called from now on,’” she added.

As with so much of Black history of that era, the very real threat of deadly violence also contributed to name changes. While looking through the National Archives in early 2020, Smith found a Civil War pension record for a United States Colored Troops veteran named Abram Sherrod. The special investigator assigned to Sherrod’s claim in the mid-1890s didn’t understand why the man changed his last name to James after the war.

In 1895, Julia Pearson, the wife of a man who served with Sherrod, told the investigator it was a survival tactic.

“I can give the reason for him and many others changing their names,” Pearson told the investigator. “It was for this reason to save their lives in the year of 1867 the CluClux being very bad in Bolivar Co., Mississippi killing all of the old soldiers they could find that had been in the Army. He and many others changed their names to their father’s names to keep from being known.”

Before freedom, many enslaved people took on their own surnames to avoid capture or create their own family ties separate from their captors. During the domestic slave trade, an enslaved person’s complete name might appear on advertisements for runaways, freedman bank cards, and ship manifests. In one instance Smith uncovered, an enslaver mentioned the surnames in an estate inventory – an unusual occurrence. Due to the fact that they were treated as property, they typically did not record the surnames of the enslaved persons.

Some naming practices demonstrate “that the families were working to stay together even against some of the tides that were trying to rip them apart,” Siekman said. Black folks commonly named their children after other family members.

One could be sold up to six times under the conditions of slavery. No matter if it was someone’s first or last name, naming was a tactic employed by enslaved people to keep family ties strong despite being forcibly divided. Brimmer pointed out that a family with a variety of surnames was likely the result of family division during enslavement.

All of this is part of the story of how free people shaped their lives.