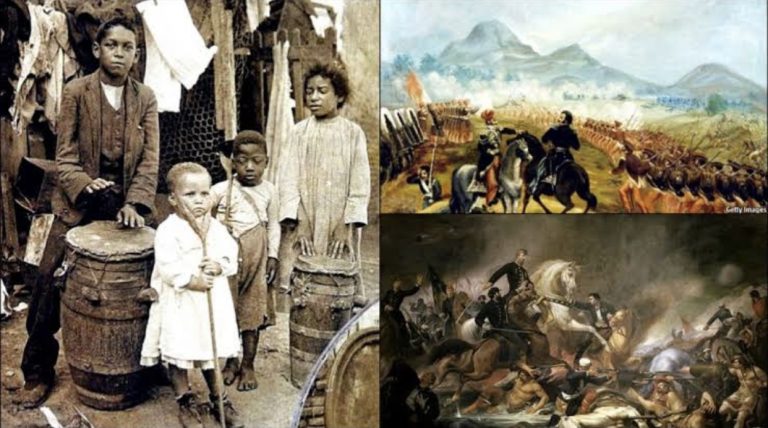 Today, a greater population of Argentina is White and with only  5% of its population being black, which is the lowest of all Latin American countries, Argentina sees itself as a white country of social prestige equal to that of the U.S or Europe.

When asked about Afro Argentinians, most Argentinians believe that Argentina never took part in the slave trade or that the Afro-Argentines left Argentina “naturally”. But this information is wrong.

“Former Argentine President Carlos Menem once declared: ‘In Argentina blacks do not exist, that is a Brazilian problem.’” – The Root

One of the most convincing insinuations in Latin America is that Argentina is the whitest country in South America. Argentina is viewed as a largely white, European society and the country’s capital, Buenos Aires, is usually referred to as the “Paris of Latin America” in popular culture.

But this state of affairs exists because of the ugly racism that wiped out Afro Argentinians from Argentina’s society and psyche.

Argentina is in this mess today due to a myriad of factors based on systematic racism that ensured the deliberate and calculated deletion of Afro Argentinians from Argentina’s history, culture and society.

The racist attitudes of superiority in Argentina reigned supreme with such horrific intensity in the 16th, 17th, 18th, 19th and 20th centuries, because the idea of a glorified nation rested on how white that nation was. And as such, Argentina aspired to be a lofty, glorified, prosperous nation gravitating towards American and European ideas of racial purity.

Such were the prevailing attitudes in Argentina to the extent that Afro Argentinians were an unwanted attachment to the desired glory of a white Argentina and they had to be systematically wiped out.

The History today in Argentina fails to properly appreciate that at one point, there were many Afro-Argentine in the land of Argentina.

The Spanish conquest and colonization meant that hundreds of thousands of enslaved African  were being shipped into Argentina. Most of these enslaved Africans  were brought to Argentina around the late 16th century, and by the mid-1700s, approximately a third of Buenos Aires’ population was Afro-Argentine.

The Argentinian army was perhaps also one place you could find large proportions of Afro  Argentinians.

General San Martin’s army was mainly constituted by Afro Argentinians, and most of these soldiers where promised freedom from slavery in exchange for military service.

But putting black men into military service was also equal to sending them away to die in war, however it is clear that Argentina once had a robust African presence and by the late 1700s, around 50% of the population in the interior was black.
One of Argentina’s most popular exports, the tango dance, has African origins when it first started. The tango dance has African influences, and then forging its unique nature from the conflation of African and European immigrant cultures. It is thought that the name tango is derived from  from a Niger-Congo term that survived the trans-Atlantic passage along with the enslaved Africans.

“The Kikongo word for sun is ntangu”, Thompson writes, and the movements of the ntangu through the sky inspired dance forms on Earth that were eventually Creolized with Spanish and Italian influences in Buenos Aires as tango, which means, literally, “‘moving in time to a beat.’ ” – The Root

The shocking decimation of the Afro Argentinians and their population took centre stage during the second half of the 19th century.

A combination of many horrifying factors, that were calculated, proved to have a wipe-off effect for the Afro Argentinians. Firstly, the  Paraguayan War of 1865 was one of the factors that led to Afro Argentinians being deleted from Argentina’s system.

Afro Argentines were conscripted into the army en masse and Argentina knew they would not fare well in the war.. So the country literally sent black men to the to die in the heavy conflict. They successfully sent thousands of black men to their graves.

This caused a huge discrepancy between the male and female population of Afro Argentinians as it inevitably emerged that black women, due to the circumstances, were forced to procreate with white or mixed Argentinian men.

Again, the 1871 yellow fever had the same effect on Afro Argentinians and thousands of died.

The poor living conditions of the Afro Argentinians were a result of the racial segregation that the black community faced.

White people and black people were not allowed to co-exist as with all racist societies and for the black people in Argentina, there was absolutely no hope of having residence in a place with proper sanitation and healthcare.

Following the disease outbreaks, many Afro Argentinians died, and others fled to Brazil, or Uruguay for  better living conditions and an atleast decent and dignified existence.

The worst tool in the elimination of Afro Argentinians from Argentina was Domingo Faustino Sarmiento, who was the country’s president from 1868 to 1874.

This white supremacist envisioned a mighty Argentina with considerable global influence, that vision, according to Domingo and many others who shared the same toxic sentiments, could not be achieved as long as Afro Argentinians were present in Argentina.

Their goal was to achieve social prestige equal to that of the United States and other European countries, and to them, Argentina would not rise globally if Afro Argentinians were not eliminated.

And so Domingo and his team of vicious white supremacists began a covert genocide against Afro Argentinians. This genocide was a massive, clandestine act targeted at people with African origins.

The plan was to have the Afro Argentinians  rooted out, if Argentina was to achieve civilization in alignment with Western standards.

Domingo Sarmiento’s presidential term was characterized by “highly oppressive and many times deadly policies toward the Black community.”

The Segregation, which plunged and condemned the Afro Argentinians to live in slums where proper sanitation and healthcare were non-existent became the official policy of the country.

Under Domingo, Afro Argentinians were sent to prison in scores for minor and fabricated crimes. Mass executions were the order of the day, in addition to the mass recruitments into the army that already had a massively decimating effect for the black population in Argentina. This covert  genocide was very successful.

And because the government never cared about the existence of Afro Argentinians, Domingo Sarmiento’s policies nearly wiped them all out.

In 1848, Domingo Sarmiento wrote in his diary, “In the United States…four million are Black, and within twenty years there will be eight million. What is to be done with such Blacks, hated by the white race? Slavery is a parasite that the vegetation of English colonization has left attached to the leafy tree of freedom.”

Domingo’s life work was dedicated to the annihilation of Afro Argentinians.

As soon as Sarmiento’s covert genocide created an impact of epic proportion, and white immigrants began flooding Argentina, the next task was to delete and re-write history. The history of Argentinians was to be whitewashed  so that no one could ever recall that black people once had a vibrant presence in Argentina.

The Bubble gives an accurate picture of the whitewashing of history that ensued: “Original paintings of Afro-Argentines dancing tango were re-done with white, European protagonists. Gauchos— national figures of Argentina who typically had indigenous or African roots— were often portrayed in popular culture with light skin and eyes.

Paintings of a victorious Argentine army often showed no hint of non-white soldiers. In this way, while their contributions to Argentine culture remained, the existence and image of the Afro-Argentine was purposefully, systematically eliminated from Argentine history and mythology by the elite ruling class. What was left was an illusion of an Argentina that was, and had always been, white.”

This painful narration, is how Afro Argentinians were deleted from Argentina’s history, thinking, psyche, culture, and society.

The various moves that were made in erasing Afro Argentinians are extremely inhumane, shocking, enraging and yet this is information has been conspicuously left out of school curricula around the world.

Argentinians now rest in the comfort of their amnesia, with  thoughts such as “Argentina has no black people so it can’t be racist” but this notion is false, because Argentina has a history of Afro Argentinians that was wiped away with racism.