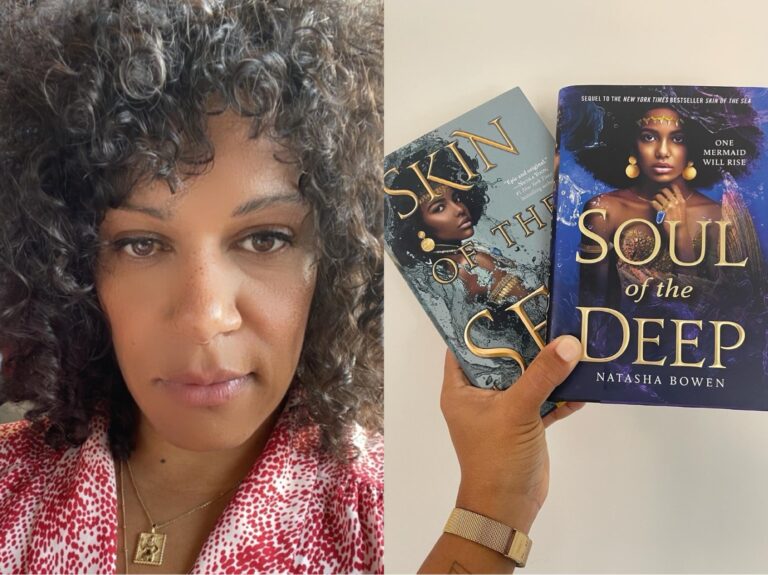 Nigerian-Welsh author Natasha Bowen has gone on to create the mystical world she had always wanted to read about. She expanded that mystical world in a stunning sequel that further amplifies her love and curiosity for Black mermaids and African mythology.

Despite having dyslexia, Bowen developed a love of reading at a young age and read independently very quickly. Natasha Bowen was fascinated by mermaids and the amazing world they lived in beneath the ocean’s surface by the time she read Hans Christian Andersen’s The Little Mermaid.

However, she yearned to see the representation of herself and other Black characters in the stories she read.

“As I explored different ideas, I decided to write the story I wanted to read. And I wanted to read a story about Black mermaids, magic, and West African history,” Natasha Bowen said in an interview with the American Booksellers Association.

According to Publisher’s Weekly, two books into her young adult fantasy series, Bowen creates a sense of belonging for her readers. Simi, who plays the role of Mami Wata, a mermaid who gathers the souls of those who pass away at sea and blesses their trips back home, is the main character of her New York Times best-selling debut novel, Skin of the Sea.

In addition to mythical animals from West and Central Africa, Skin of the Sea is full of gods and goddesses who are depicted as mermaids. The setting of the book, in both its setting and time, was important to Bowen. For instance, learning more about Yoruba culture helped the author understand her own ancestors and portray a side of history that is hardly ever discussed.

“When I came across the beliefs that Yemoja, a deity in the Ifá spiritual belief system, followed the very first enslaved I was hooked,” she continued.

“When you learn or hear about Africa, and I think this is intentional, it’s like its history only starts with slavery,” Natasha Bowen said, per the outlet. “There’s never anything about how it was before.”

On Sept. 27, Bowen released Soul of the Deep just ahead of the live-action The Little Mermaid starring songstress Halle Bailey. Serving as book two of Skin of the Sea, the new fantasy chronicles Simi’s sacrifices and choices while she embarks on a journey to finding herself and saving the world from demons.

“I want to say that Africa’s history and brilliance is there, and I want to say that Black people can be magical and fantastical creatures, as well as anything else,” Bowen said, according to Publisher’s Weekly.