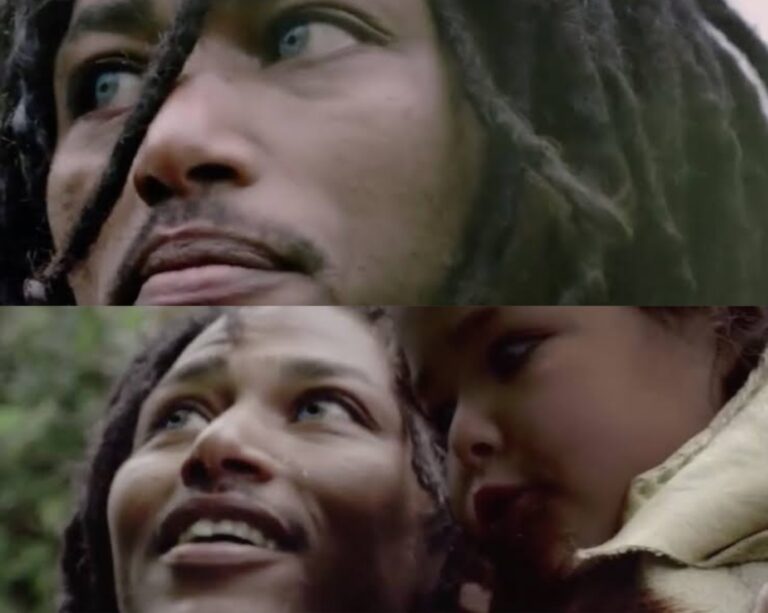 According to a recent documentary, early Irish people were dark skinned and had blue eyes.

The hunter-gatherer people that inhabited Ireland 10,000 years ago lacked any pigmentation patterns linked to “white” skin.

Before farmers from established settlements took their place, they lived on the island for 4,000 years.

The details can be found in a documentary about Co Clare’s Burren that RTÉ aired in April 2021. Dr. Lara Cassidy, a geneticist at TCD, claims that methods typically utilized in forensic criminal investigations have turned up unexpected information concerning early Irish people.

To better understand how the gene pool that makes up the contemporary Irish population evolved from the early Irish, researchers are creating a genomic library of early Irish genomes from all eras of prehistory. She claimed that in addition to having dark skin and brilliant blue eyes—a combination that is uncommon today—the hunter-gatherer Irish.

They usually fished for shellfish along the Burren’s coast before traveling inland to pursue wild boar and gather hazelnuts.

Because of its distinctive geological features, the Burren has maintained signs of centuries of human habitation in the region of west Clare.

Early Irish farmers took the place of the hunter-gatherers. The Burren contains the earliest signs of farming in Ireland. Around 6,000 years ago, during the Neolithic period, they came.

“We know now from ancient genomes that farming was accompanied by a whole group of people moving into the continent from the region now known as modern Turkey, ” she said.

They brought new dwellings, pottery, sheep, goats, and cattle. They are more sallow than we are now, yet their skin is lighter than the hunter-gatherers. The remains of one early farmer revealed that he had hunter-gatherer lineage, therefore it is more likely that they coexisted amicably.

The Gene Pool of the early Irish People

To create arable ground, the early Irish farmers started by felling trees with polished stone axes. They constructed the dolmens that dot the landscape.

The final group of early Irish immigrants arrived in Ireland 4,000 years ago. They were part of a massive migration from the Russian Steppe region into western Europe.

Dr. Cassidy continued, “Only at that time do we observe the creation of the contemporary Irish gene pool as we know it today.”

Carl Wright, an environmental specialist, claimed that the Burren formerly had tall mountains covered in dense forest. During the Ice Age, glaciers took the place of the mountains, removing a kilometer’s worth of rock from the summit of this region.

There was little any of the original woodland remained after the early Irish farmers brutally removed it.

“They overgrazed the Burren during the climatic downturn of 3,000 years ago – this led to an environmental disaster on a colossal scale, because over a very short space of time we have massive soil erosion which pretty much left us with the landscape that we have at the end of the last ice age. Literally just bare rock, the soil was washed away,” he said.

The Irish Post was the first to announce that geneticists at the University College London and the Natural History Museum discovered a Mesolithic skeleton from 1903 that they believed had “dark to ebony skin,” blue eyes, and curly hair.

The skeleton, which was eventually given the name Cheddar Man, may indicate that Europeans may have evolved on the island at a later time, according to Dr. Dan Bradley, a researcher who was involved in the historic discovery.

Bradley, a professor of genetics and population at Trinity College Dublin, stated that the earliest Irish “would have looked the same as Cheddar Man and would have had darker complexion than we do today.”

“We think [early Irish populations] would be similar [to Cheddar Man],” he continued. “The current, very light skin we have in Ireland now is at the endpoint of thousands of years of surviving in a climate where there’s very little sun. It’s an adaptation to the need to synthesize vitamin D in the skin. It has taken thousands of years for it to become like it is today.”

Research shows that Cheddar Man’s tribe may have migrated to Britain at the end of the last Ice Age as researchers found DNA similarities between his skeletal remains and people from Spain, Luxembourg, and Hungary. Scientists were also able to find clues that could suggest nearly “30-40,000 people were living on the island of Ireland during the era when darker skin was common,” the Irish Post noted.

“They came here very probably by boat. They ate a lot of fish, hunted wild boar, gathered plants and nuts,” he said.

Bradley said that the team of scientists at Trinity College Dublin hope to have their research fully completed within the year.

A bust of Cheddar Man, complete with shoulder-length dark hair and short facial hair, has been created using 3D printing.

It took close to three months to build the model, with its makers using a high-tech scanner which had been designed for the International Space Station.

Alfons Kennis, who made the bust with his brother Adrie, said the DNA findings were “revolutionary”.

“It’s a story all about migrations throughout history,” he told Channel 4 in a documentary to be aired on 18 February.