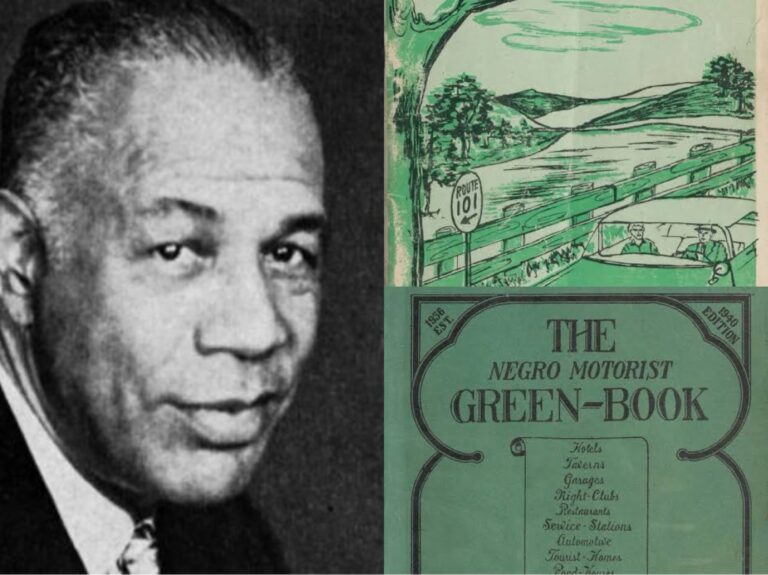 African Americans traveling across the Jim Crow-era United States were given advise on where to eat and sleep safely for nearly 30 years by a book referred to as the “Negro Motorist Green Book.”

“There will be a day sometime in the near future when this guide will not have to be published. That is when we as a race will have equal opportunities and privileges in the United States. It will be a great day for us to suspend this publication for then we can go wherever we please, and without embarrassment.”

The quote above is the introduction to the 1948 edition of the “Negro Motorist Green Book”. They listed the hotels, guest homes, gas stations, drug stores, taverns, barber shops, and restaurants in the pages that followed that were known to be secure stopping points for African Americans.

The “Green Book” included businesses in segregationist hotbeds like Alabama and Mississippi, but it also covered places like Connecticut and California where its readers would encounter prejudice or peril due to their skin tone. Carry your Green Book with you—You may need it, the guide’s motto on the cover said, with Jim Crow still pervading most of the nation.

First published in 1936, the Green Book was the brainchild of a Harlem-based postal carrier named Victor Hugo Green. Like most Africans Americans in the mid-20th century, Green had grown weary of the discrimination black people faced whenever they ventured outside their neighborhoods.

Before and after World War II, car ownership rates had skyrocketed, but for African Americans, the allure of the interstate also came with danger. Black travelers sometimes struggled to find secure places to dine and stay due to “Whites Only” policies, and “Sundown Towns”—municipalities that forbade black people after dark—were dispersed throughout the nation. “The White traveler has had no difficulty in securing accommodations, but with the Negro it has been different,” the foreword of the 1956 Green Book stated.

Green wrote a manual to assist African Americans in traveling without fear after being inspired by earlier works written for Jewish readers. His Green Book was first limited to New York-area hotels and eateries, but he quickly broadened its coverage by compiling field reports from other postal carriers and rewarding readers with cash for sending in good information. The Green Book listed thousands of businesses from all over the nation in the early 1940s, all of which were either black-owned or had been independently certified as non-discriminatory.

The 1949 guide encouraged hungry motorists passing through Denver to stop for a bite at the Dew Drop Inn. Those looking for a bar in the Atlanta area were told to try the Yeah Man, Sportsman’s Smoke Shop or Butler’s. In Richmond, Virginia, Rest-a-Bit was the go-to spot for a ladies’ beauty parlor.

Listings in the Green Book were arranged by state and city, with the bulk being found in significant cities like Chicago and Detroit. Even in cities without any hotels that catered to black travelers, the book frequently listed the addresses of house owners willing to rent rooms. More options were limited in more remote locations—Alaska had just one entry in the 1960 guide. In 1954, it advised guests traveling to remote Roswell, New Mexico, to book a room at Mrs. Mary Collins’ house.

The Green Book wasn’t the only travel guide for African Americans; “Travelguide” was another book with the slogan “Vacation and Recreation Without Humiliation,” but it was by far the most well-liked. The Green Book was sold at Esso gas stations across the nation as a result of a sponsorship agreement with Standard Oil. Despite being mostly unknown to white people, it eventually sold more than 15,000 copies annually and was extensively utilized by black business and leisure travelers.

In his memoir “A Colored Man’s Journey Through 20th Century Segregated America,” Earl Hutchinson Sr. described purchasing a copy in preparation for a road trip he and his wife took from Chicago to California. “The ‘Green Book’ was the bible of every Negro highway traveler in the 1950s and early 1960s,” he wrote. “You literally didn’t dare leave home without it.”

The Green Book changed from being a motorist’s companion to a global travel reference as its popularity grew. Later editions added advice on flights and cruises to destinations like Canada, Mexico, the Caribbean, Africa, and Europe in addition to options for the United States. The 1962 Green Book reported that “We know a number of our race who have a long running love affair with the stormy metropolis of Paris.”

The guide also offered travel tips and feature articles on certain cities. The 1949 edition shined the spotlight on Robbins, Illinois, a town “owned and operated by Negroes.” In 1954, readers were encouraged to visit San Francisco, which was described as “fast becoming the focal point of the Negroes’ future.”

In offering advice to its readers, the Green Book adopted a pleasant and encouraging tone. It usually avoided discussing racism in explicit terms—one article simply noted that “the Negro travelers’ inconveniences are many”—but as the years passed it began to champion the achievements of the civil rights movement.

In one of its last editions in 1963-64, it included a special “Your Rights, Briefly Speaking” feature that listed state statutes related to discrimination in travel accommodations. “The Negro is only demanding what everyone else wants,” the article stressed, “what is guaranteed all citizens by the Constitution of the United States.”

After more than two decades of publication, Victor Hugo Green passed away in 1960. For a few more years, his wife Alma took over as editor and published the Green Book in updated versions, but as Green had previously intended, the march of development eventually contributed to its decline. Racial segregation was eventually outlawed in restaurants, theaters, hotels, parks, and other public places in 1964 thanks to the Civil Rights Act. After over 30 years in print, the Green Book abruptly discontinued publishing just two years later.