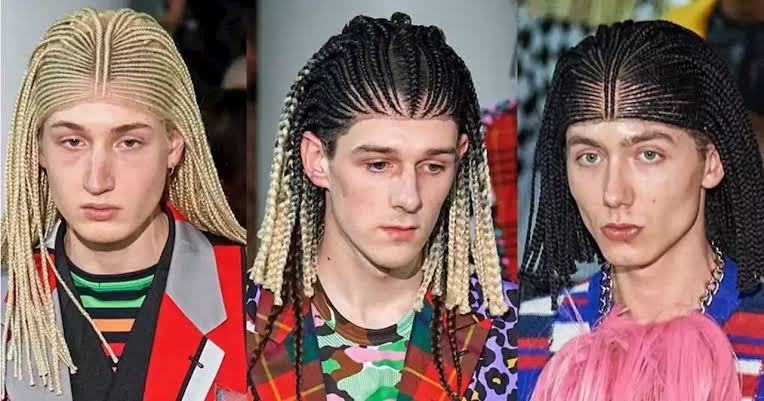 Amongst the many fashion debuts at the Paris fashion week, somehow shenanigans managed to be a part of the week. A Japanese menswear fashion line, Comme Des Garçons, decided to adorn their male models with braided wigs.

Not only is the entire braided wig look a complete mess and a charade, the brand suffered backlash for cultural misappropriation. The Japanese brand was outed for not working with black models during most of its existence, so it’s interesting that they would choose to stayle the models with a lace front wig that mimicks a protective style worn by black people. 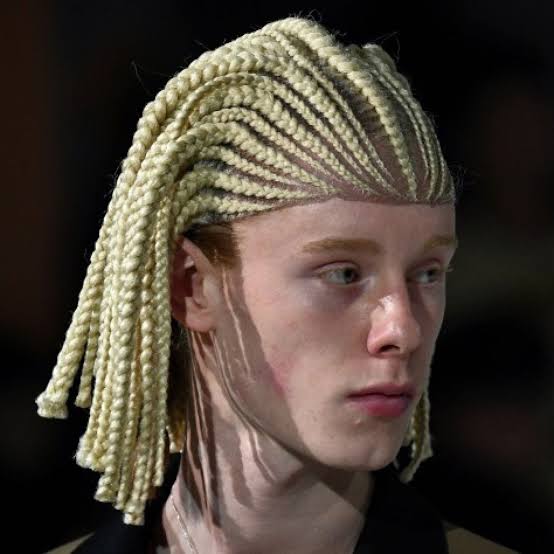 People had a lot to say after the high fashion brand put their white models in braided wigs, which many felt were made to resemble Black hairstyles, while Black models who walked the runway sported their natural hair.

During the fashion show for the Japanese fashion line, they revealed their designs from their Fall/Winter 2020 menswear collection but the wigs are what stole the show. Someone thought it was a bright idea to put cornrowed lace front wigs on white models to complete their look as they strutted the runway. Their shameful dispaly of cultural appropriation is causing the brand to receive major backlash via Twitter.

The brand issued an apology to Dazed this morning saying, “The inspiration for the headpieces for Comme des Garçons menswear FW’20 show was the look of an Egyptian prince. It was never ever our intention to disrespect or hurt anyone – we deeply and sincerely apologise for any offense it has caused.”

The Comme Des Garcons show’s hair stylist Julien d’Y also responded to the backlash with an apology on his IG. “My inspiration for the Comme des Garcons show was Eyptian prince a look I found truly beautiful and inspirational. A look that was an homage.. Never was it my intention to hurt or offend anyone, ever. If I did, I deeply apologise.”