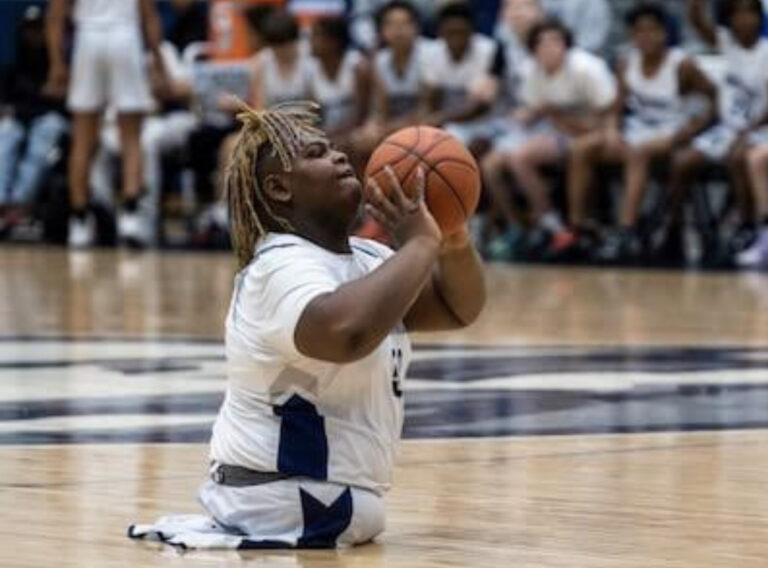 Josiah Johnson, an eighth-grader at Moore Middle School in Louisville, Kentucky, was born without legs and has joined his school’s basketball team.

For Josiah, basketball is “something I had to do,” he told WLKY. “I don’t want you doubting me because I don’t have legs. I want to show you that I’m just as human as you, and just as good as you are, if not better.”

Josiah Johnson has always cherished playing basketball, ever since he was in kindergarten. He attended the Moore Middle School basketball team’s tryouts and was accepted. This is his first season on the team.

“I acted like I wasn’t excited in front of coach,” Josiah said. “When I went in the gym, I was excited.”

Since then, he has been proving himself worthy of the spot he earned in the team.

“He shows up every day,” coach Daquan Boyd said. “If we have to do sprints or something like that, he runs them too. That’s very exciting to see him go out there and do what everyone else does, as well.”

Moreover, Josiah Johnson helped his team defeat another school team in the first game he participated in. People who watch Johnson play are always impressed with his skills on the court and feel inspired by his spirit. His physical disability has never been a challenge for him.