Kansas City Pastor Carlton Funderburke, Apologizes For Calling out His ‘Broke’ Congregation For Not Buying Him a Luxury Wristwatch 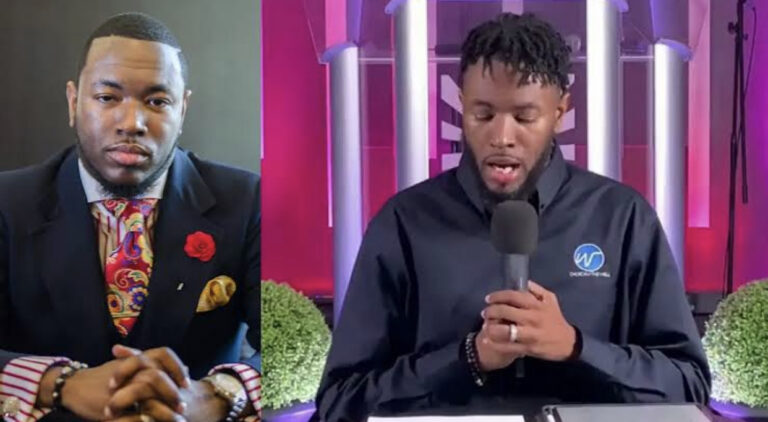 Carlton Funderburke, a local pastor at Church at the Well in Kansas City, Missouri has apologized after calling his congregation “cheap, busted, and disgusted” for not buying him a luxury watch in a now-viral TikTok video, nearly week after his outburst.

Funderburke posted a video on Facebook on August 16 to offer his “sincere apology,” saying that his remarks during his sermon on August 7 were “inexcusable.”

“Though there is context behind the content of the clip, no context will suffice to explain the hurt and anguish caused by my words,” he said. “I’ve spoken to those I am accountable to and have received their correction and instruction. I have also privately apologized to our church [which] has extended their love and support to me.”

The footage taken from a now-deleted live-streamed sermon showed Carlton Funderburke criticizing his congregation for not “honoring” him with a Movado watch that he said he had been asking for since last year.

Carlton Funderburke then went on to call his congregation cheap/broke for not buying him a Movado watch which he said can be bought even at a Sam’s Club store.

“And y’all know I asked for one last year. Here it is all the way in August and I still ain’t got it. Y’all ain’t said nothing. Let me kick down the door and talk to my cheap sons and daughters,” he said. “Y’all hear from your pastor and father, I’m over y’all. I’m over y’all cheap expressions.”

Meanwhile, in the apology video, the pastor also said that his behavior during the sermon does not reflect his heart and that he deeply regrets it.

“I solicit your prayers and your forgiveness as we grow forward,” he said.