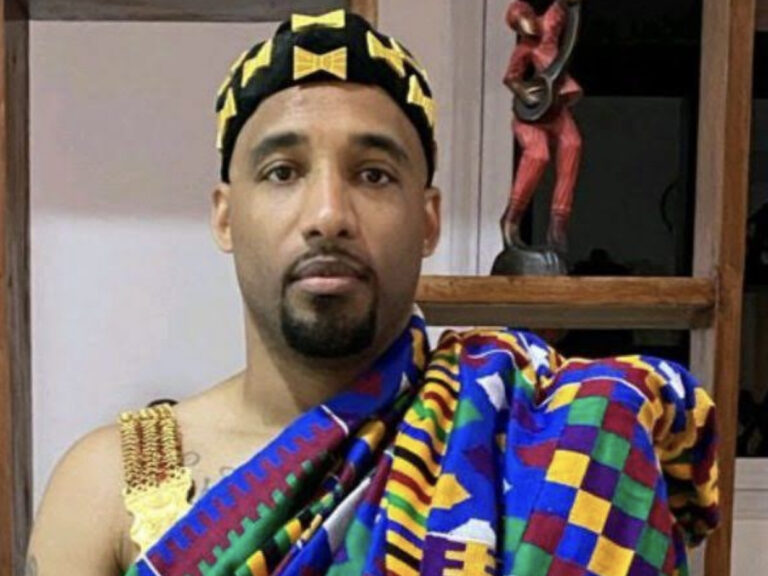 In order to enable the purchase of 321 acres of land for the establishment of a worldwide film studio and production house, a three-person US team headed by Los Angeles-born entrepreneur Nana Dakrabo I, aka, Michael B. Pratt, is in Ghana.

The project, which is being undertaken in collaboration with WEG Studios in Washington, D.C., musician/producer Koby Maxwell, and actor Michael Blackson, aims to investigate the African film market, bringing in a sizeable portion of production from nearby nations as well as bringing production from Africa to the rest of the world. The goal is to discover Africa’s potential and global opportunities.

The much-cited Dakrabo I Studios in central Ghana will feature seven sound stages, a 240-acre backyard, a blue-screen water tank, a recording studio, pre- and post-production facilities, a performance theater, a venue, office space, a hotel for the cast and crew, and most importantly, a film and music school.

Dakrabo 1 Studios’ initiators will create space for creativity and allow students to have a hands-on education.

Its education and technology partners work together to create an experience that empowers Los Angeles’ industry-leading educators to teach virtually in Ghana.

According to Nana Dakrabo I, it is crucial that aspiring professionals are properly trained directly by industry professionals in best practices and techniques.

This allows professionals to create content at a level that rivals Hollywood blockbusters. Confirmed.

Each building on the property will be named after African influencers from around the world.

This is Nana’s way of honoring the pioneers, to signal that the project will be possible as Africans around the world come together to move the continent forward.

Organizers are also set to build a small recording studio in Accra in preparation for the main event in the central region.

Without a large production facility in Ghana, it is difficult to find the potential to compete in the entertainment industry on the world stage.

The project aims to help professionals from all creative industries realize their “Hollywood” dreams without leaving the continent and create a thriving entertainment industry that attracts talent and perspectives from around the world.