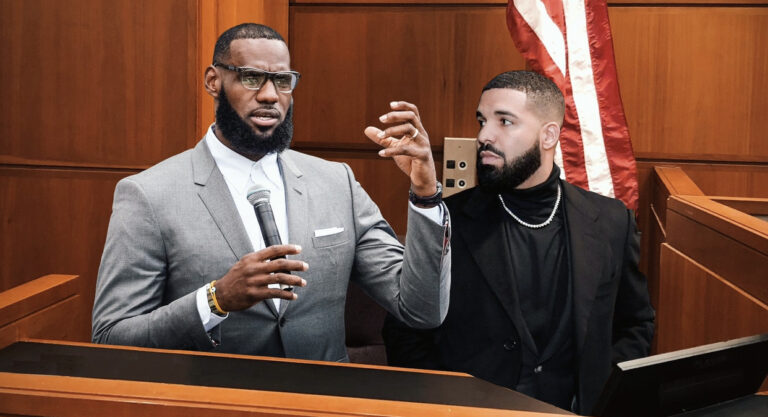 LeBron James and Drake would be subject to a $10 million lawsuit for violating the “intellectual property rights” of “Black Ice.”

Black Ice is a movie about a segregated hockey league in Canada composed of black players.

Former federal prosecutor and NBA Players Association president Billy Hunter is seeking a portion of the documentary and $10 million for the right to make “any film about the Colored Hockey League.”

The lawsuit filed by Billy Hunter claims that even though LeBron James, Drake, and Maverick Carter (LeBron’s business partner) are well-known and well-respected on a global scale in their respective fields of basketball and music, they do not have the right to steal the intellectual property of others.

“While the defendants LeBron James, Drake, and Maverick Carter [LeBron’s business partner] are internationally known and renowned in their respective fields of basketball and music, it does not afford them the right to steal another’s intellectual property,” says Billy Hunter’s lawsuit.

The Post illustrates that Hunter accuses LeBron James, Drake, and their entertainment companies of not including him in the deal with the authors of Black Ice: The Lost History of the Colored Hockey League of the Maritimes, 1895 to 1925.”

Billy Hunter reportedly paid $265,000 for the movie rights, according to the lawsuit. LeBron and Drake aren’t the only ones engaged, though.

According to The Post, Hunter included the authors George Frosty and Darril Frosty for “supposedly breaking the agreement” with Billy Hunter.

On September 10, the documentary will screen at the Toronto International Film Festival. Hubert Davis, an Oscar nominee, directed the movie.

Billy Hunter accuses the authors and their firm “of breach of contract and the James and Drake teams of ‘tortious interference,'”

“I don’t think they believed the property rights would be litigated. They thought I would go away. They gambled,”