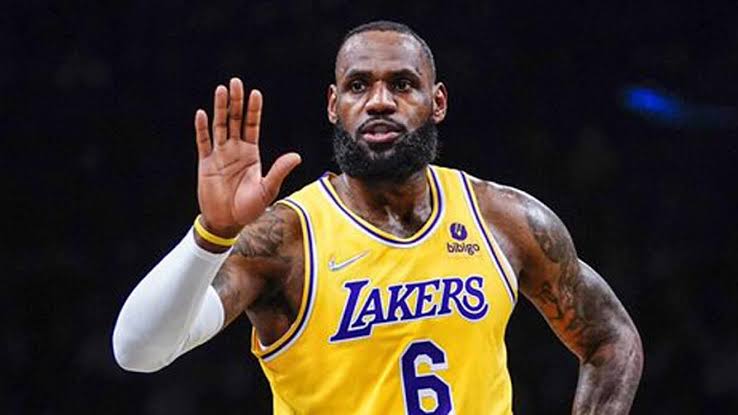 The basketball player LeBron James is a trailblazer in the sports world.

He’s a four-time NBA champion, a four-time finals MVP and a four-time overall MVP. He’s appeared in the All-Star game 18 times, winning the All-Star MVP on three occasions. Off the court, he’s known to be the second-highest-paid athlete on the Forbes rich list and is one of the best-known basketball players on the planet.

He recently broke another record, or his reputation ensured he is associated with a record. His Panini Flawless Triple Logoman collectible card sold for $2.4m, which is a big deal for a regular card from a current collection.

Logoman cards feature the NBA logo cut from a player’s jersey and are incredibly popular before they’ve even been pulled from a pack; Clutch Points reported the rapper Drake spent $200,000 hunting one of the cards. It’s not unusual for trading cards to sell for significant amounts, but it is rare for one from a current collection to sell for so much.

“Typically, it’s the older vintage cards that are very valuable,” Ken Goldin, founder and executive chairman of collectibles marketplace Goldin, said. “But there’s really never been a card this popular before it was even pulled from a pack.”

LeBron is one of the most famous basketball players of all time and arguably the highest-profile player still shooting hoops today. His LA Lakers team had a torrid season, widely regarded as a failure by the popular press.

They didn’t even make the playoffs last season, but they’re likely to be among the favorites in the Coral betting odds when the new season resumes, and much of that will be down to LeBron.

He even voices his opinion on who the team should sign, with Sports Interactive suggesting he wants to play with Kyrie Irving next season. LeBron is a behemoth in the game, and whilst no player is bigger than their team, he’s got to be close.

That’s reflected in some of the prices his other collectible cards have commanded. His 2003/04 Rookie Patch Autographed card sold for $5.2m, a record for a modern-day release. On the same night as the LeBron Logoman sale, another of his cards fetched $2.1m; this time, it was an Exquisite LeBron RPA parallel for $2.1m.

The other notable sales of modern-day cards include a Luka Doncic Logoman card that sold for $4.6m and a Patrick Mahomes rookie patch card, which recently sold for $4.3m. However, both were private sales, whereas the LeBron rookie card was sold on the open market.

That said, if LeBron is to continue playing and perhaps even ensure the Lakers live up to their billing as favorites this year, his Panini card for 2023 could raise even more. The market has no been as buoyant post-Covid, but there are signs collectors are getting bolder with their bids, which could see LeBron move towards the Honus Wagner T206 record.