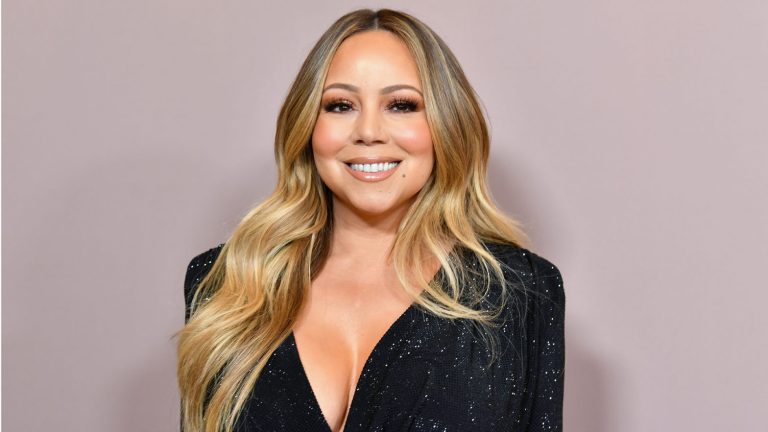 Last week, Mariah Carey took the stage to accept her long-awaited induction into the Songwriters Hall of Fame.

According to Yahoo, the decorated songstress donned a black strapless Oscar de la Renta gown for the special occasion, paired with diamond jewels and a long Y knot necklace by Bulgari. Mariah Carey grinned from ear to ear as she explained why it shouldn’t have taken the Grammy Award-winner this long to receive the honor.

“I constantly have to remind people I’m a songwriter,” Carey said during her speech.

The Butterfly singer gave a special shoutout to her producer and longtime friend Jermaine Dupri for being inducted into the Songwriters Hall of Fame before her.

“I remember I inducted Jermaine Dupri like, I don’t know, before COVID-19, like three years ago. And I was like ‘Jermaine, you know what, I’m really pissed at you that you were getting inducted before me,’ like that’s a whole other story,” Mariah Carey joked.  “Hopefully, someone will post that clip. JD, I’m not mad at you.”

During her speech, Mariah Carey spoke about her “dysfunctional childhood” and how she used to write songs to cope with her difficult home life. She concluded her speech with a message from her father.

“Out of the 439 total inductees into the Songwriters Hall of Fame, only 32 have been women up until this moment,” Carey said. “Now it’s 33. As my father once told me, ‘You did good, kid.’”

Variety reports that Carey’s induction was accompanied by a medley of her songs performed by Yolanda Adams, Wayna Morris, and the talented 13-year-old YouTube star Liamani Segura. Mariah’s musical success has earned her 18 No. 1 hits on the Billboard Hot 100 chart, four Grammys, and over 100 other awards and accolades.