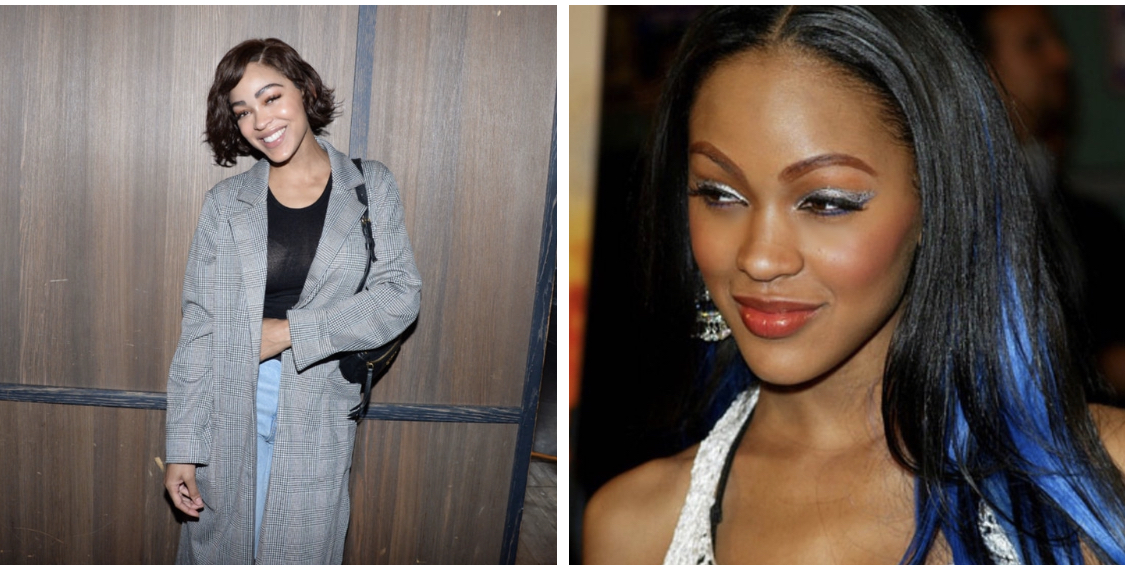 Well, Meagan Good, Actress and a pastor’s wife has been under scrutiny concerning her recently very lighter skin and she had to fight off trolls and defend her self seriously on her Instagram comment section.

The actress had to do some rumor control in her comment section today after a fan accused her of bleaching her skin.

Meagan, who for all intents and purposes has appeared to be minding her own business lately, posted a video on the Gram this weekend, side by side with her emoji, showing off her flawless face.

While she received a lot of love under her post (husband Devon Franklin surely seemed to be pleased with his fine wife), there was one critical comment that Meagan Good (gracefully) responded to.

“Meagan looked better dark skin,” the commenter wrote. “She not so pretty anymore she looks average…But her dark skin was above average, why did she bleach.

Meagan defended her good name, letting the person know to come correct before making such an accusation. 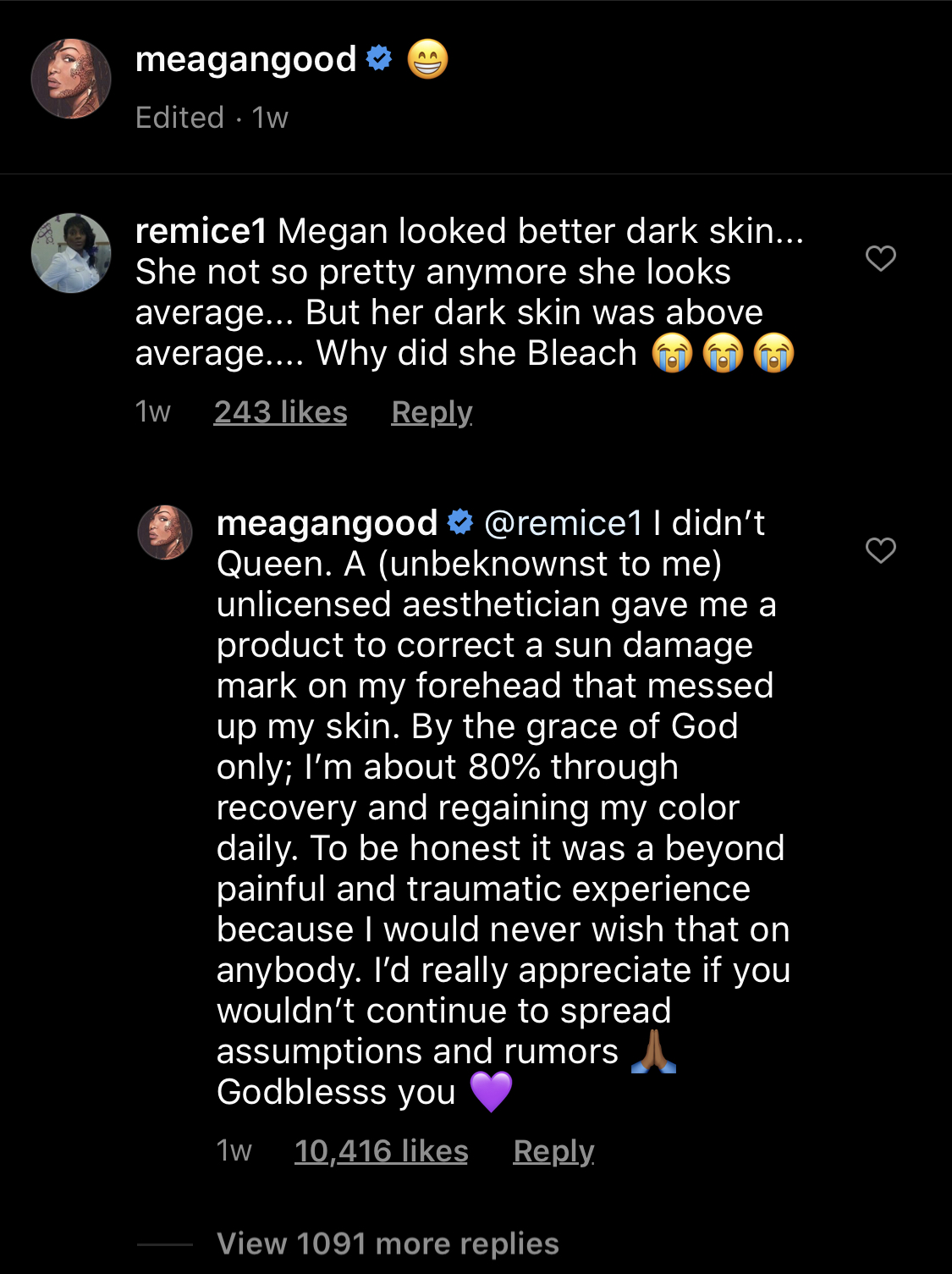 “I didn’t Queen,” Meagan began her response, which also explained that an unlicensed aesthetician was to blame for her lighter appearance.

“A (unbeknownst to me) unlicensed aesthetician gave me a product to correct a sun damage mark on my forehead that messed up my skin. By the grace of God only, I’m about 80% through recovery and regaining my color daily. To be honest it was a beyond painful and traumatic experience because I would never wish that on anybody,” Meagan explained.

She ended her classy clapback by saying, “I’d really appreciate if you wouldn’t continue to spread assumptions and rumors. God bless you.”