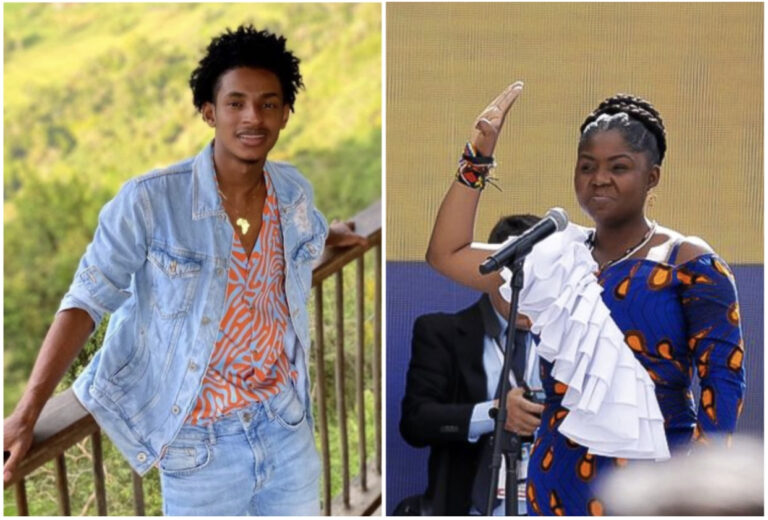 Vice-President Francia Marquez’s vibrantly colored outfits were created by Esteban Sinisterra, a young Black fashion designer from the  Pacific area of Colombia. Marquez is the first Black vice president of Colombia, and Sinisterra’s designs, which he refers to as “resistance” fashion, have attracted notice on a global scale.

“Each and every one of Francia’s outfits evokes that,” Esteban Sinisterra said, regarding his Colombian roots. “It is being able to show that this is who we are…so for me fashion, my fashion, is resistance.”

The designer was raised in Santa Bárbara Iscuandé, a town in Nario, according to Reuters. Young people have very limited access to resources and opportunities that would help them avoid the nation’s continuous internal strife.

“In one way or another her history and my history are similar, so I think there was a very lovely spark there,” the 23-year-old fashion designer said.

“First we accept and recognize that we have roots that connect us – which is Africa – but taking into account those roots we also express the territory where we’re from, the Colombian Pacific,” said Sinisterra, who learned his craft from his aunt and grandmother.

As he learned of the Afro-Colombian vice president’s similar childhood spent in Suárez, a town and municipality in the Cauca province, Sinisterra was able to recognize their similarities. The VP is 40 years old. The single mother worked as a housekeeper before taking up the position of VP of Colombia. Following her election victory, the environmental activist vowed to advance women’s rights and make health and education more accessible to the underprivileged.

Esteban Sinisterra presently lives in the city of Cali and studies social work along with his career as a fashion designer, according to a statement by Reuters.

Marquez is reportedly slated to lead a new equality ministry if the government can win congressional approval for its creation.