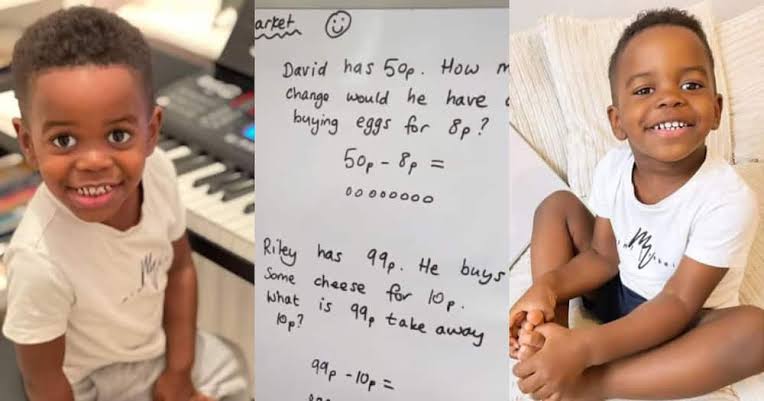 Extraordinary things are done by extra ordinary people and this time it is an extra ordinary toddler! A 2 year old from Ghana is gaining international recognition for being a whiz kid; and a prodigy for solving complex maths problems and also knowing how to count numbers in 4 different languages.

His mother Jazelle told the Mirror that 2 year old started showing extraordinary intelligence at the age of five months. She said she noticed Isaiah enjoying learning one day when he was watching a video on her phone on YouTube and then she decided to put on a video about Japanese numbers. 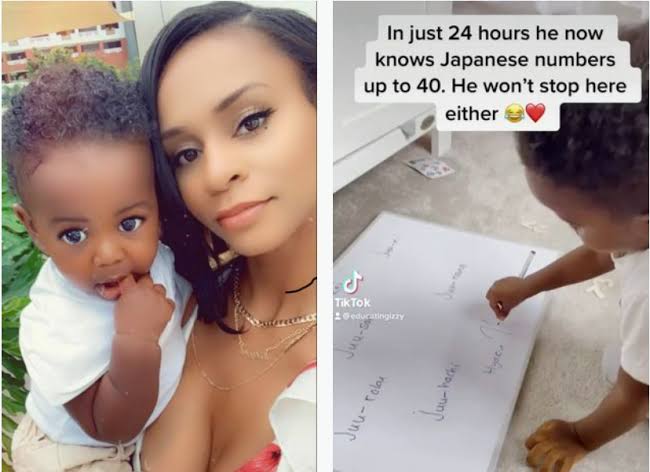 Jazelle said Isaiah listened to the video repeatedly until he could recite the numbers back to back then he went ahead and learned to count up to 40 in Japanese by himself in just less than 24 hours.

When Isaiah Gyamfi was just 4-months old, Jazelle, who is an early childhood education teacher based in London; already started creating a suitable learning environment for him. She put numeracy and literacy flashcards in their living room so Isaiah could learn more through visuals.

Months passed by and Isaiah continued to surprise both his parents when he pointed out the correct letters and eventually sound them out using phonics. He also practiced writing numbers and solving Math problems all by himself at 2 years old!

His mother  also noticed that her son enjoys learning different languages and so she showed him a video in Spanish and gave him Spanish flashcards. He now speaks several languages such as; English, Spanish, French, Italian, Twi, Yoruba, and Japanese.

Jazelle also began to capture Isaiah’s learning achievements and share videos in an Instagram account for Isaiah. Several people have remained amazed at how much Isaiah is actually enjoying learning, as evident in the videos. 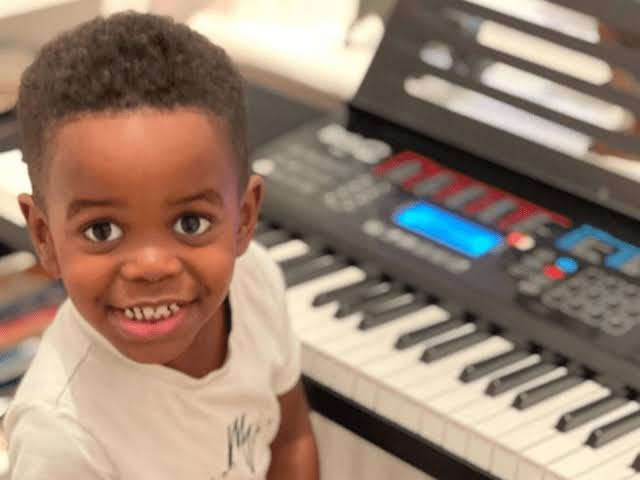 To improve his visual ability to capture information, Jazelle said she transformed their living room into a numeracy and literacy space when he was four months old. And at eight months old, Jazelle said Isaiah correctly identified letters anytime she asked him where a particular letter was. He started mentioning the letters by using phonics weeks later.

“I knew then he was keen on languages, so I showed him a video in Spanish. His eyes lit up, so I decided to buy him Spanish flashcards; he absolutely loved these and would study them every day.”

30 year old Jazelle, also said her son quickly learned how to count in Japanese because of the pattern. “He loves that Japanese has a pattern,” she said. “Once you learn numbers 1-10, it’s very easy to learn the rest. Japanese numbers follow a logical pattern, with a few exceptions.”