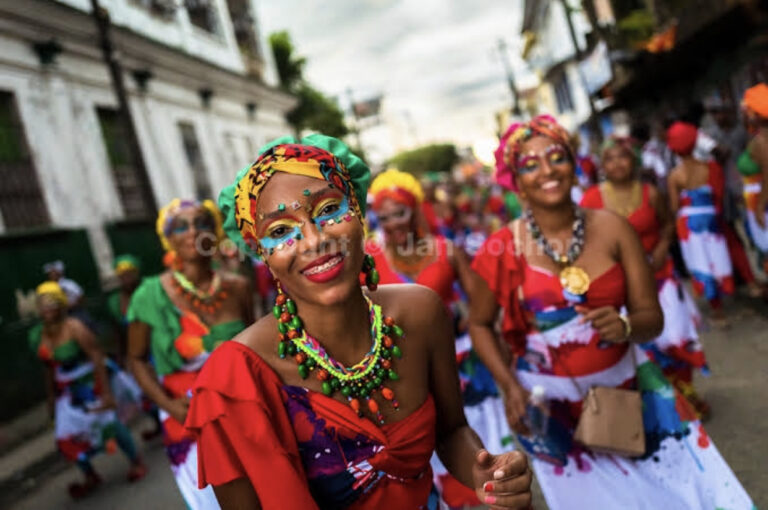 Colombians commemorate their nation’s independence day on July 20. This dynamic Latin American country was conquered by Spain in the 1500s until gaining independence in 1811. Smon Bolvar was the instigator of the independence fights. However, the elite of Colombia attempted for generations to downplay the significance of the Afro-colombians in the country’s fight for independence from the Spanish throne.

African soldiers made up a large portion of Simón Bolvar’s army, according to historians. At all levels of military and political life, Afro-Colombians were able to take part in some of the most significant historical occurrences in the nation. Even though this is historical reality, few Colombians are aware that the liberating army included many Black officers from Colombia.

Colombia is still regarded as a developing nation today. It boasts the second-largest population of individuals of African descent in Latin America, after Brazil, with a population estimated at 51.5 million.

Afro-Colombians make up 10% of the country’s population, however despite this size, they still fall behind in practically every aspect of society in their own country. Black people experience racism, neglect, police brutality, and poverty on a widespread basis.

According to AAregiatry, Even with the contributions of Afro-Colombians, it took until May 21, 1851, 40 years after Colombia gained its independence, for slavery to be abolished. Abolition, meanwhile, was limited to some regions of the nation. Afro-colombians are still oppressed and held in slavery in several places, including the Valle del Cauca.

Though the occurrences of racial violence against them has decreased since the 2017 peace treaty was signed, the people who were displaced continue to struggle to go back to their hometowns.

Because of this, many Afro-Colombians have been victims of collateral damage and have been killed due to this war, which has become another major reason for displacement to occur.

According to a research done by one of Colombia’s official radio stations called Caracol Radio, over 25% of Afro-Colombians have left their hometown due to violence.  They have been exposed to bombs, shootings, and deaths at a much higher level than all other Colombians.

It’s estimated that 4.4 million Afro-Colombians actively recognize their own Black ancestry, while many other African Colombians do not, as a result of inter-racial relations with white and indigenous Colombians. Afro-Colombians often encounter racial discrimination and prejudice.

They have been historically absent from high level government positions and many of their long-established settlements around the Pacific coast have remained underdeveloped. In Colombia’s ongoing internal conflict, Afro-Colombians are both victims of violence or displacement and members of armed factions, such as the Revolutionary Armed Forces of Colombia, FARC and the AUC.

Afro-Colombians contribute to the development of Colombian culture.  Several of Colombia’s musical genres, such as Cumbia and Vallenato, have African origins and some African Colombians have also been successful in sports.

This article chronicles the brave Afro-Colombians who have fought for freedom in Colombia. Their names are important names that should never be forgotten in the history of the African diaspora.

Benkos Biohó, also known as Domingo Biojo, was born in Guinea-Bissau in the late 16th century into a royal African family. This African man, who was kidnapped as part of the Portuguese slave trade and taken to what is now Colombia, made history by founding San Basilio de Palenque, one of the first free Black towns in the Americas. He is one of the Afro-colombians who fought for freedom.

He put together an army that eventually ruled the entire Montes de Mara region. Additionally, he established an intelligence network and made use of the data gathered to plan other slave escapes and direct the fugitive slaves to the freed land.

Incapable of defeating the Maroons, Cartagena’s Governor Casasola presented Biohó with a peace contract on July 18, 1605, which acknowledged the independence of the Matuna Bioho Palenque.

In 1612, Biohó and the local Spanish colonial authorities signed a peace agreement. When the Spaniards caught Biohó as he entered the city in 1619, they broke the terms of the treaty. On March 16, 1621, the governor of Cartagena betrayed him and had him hanged.

Dembele, sometimes referred to as La Negra Casilda, was the head of the Afro-Colombian Maroons. She was born in Palmira, Valle del Cauca, and she and 45 other African-Colombian slaves fled to the mountains, where they built a palenque (a Black settlement).

Dembele was well-liked by other Afro-Colombians for her leadership, and she was also renowned for her mastery of herbal medicine, which she used to treat sick people.

Dembele assembled an army of 200 Black Maroons on February 14, 1862, and on that day—ten years after slavery was abolished in Colombia—he beat the White army in Palmira.

Dembele was revered as the Cauca’s liberator of the Negros after that triumph.

Nieto Gil was born in 1805 in Baranoa, Colombia, during a time of revolution that changed his nation and gave him the opportunity to rise in society and politics. Nieto Gil is one of the Afro-colombians who devoted his life to fighting in wars to free Latin American nations from Spanish rule.

In 1861, Nieto Gil was elected president. But one of his biggest accomplishments came on May 21, 1851, when, as governor of the Canton of Cartagena, he proclaimed the end of slavery on Colombia’s northern coast. Today, the nation celebrates that day as “Afro-Colombian Day.”

It was King Barule who led the largest insurrection of African slaves in Chocó in 1727.

King Barule was supported in the slave insurrection by the brothers Antonio and Mateo Mina. They coordinated the revolt of Tadó (Chocó)

Baule was the leader of one of the biggest revolts of African enslaved people in Colombia’s history in 1727. He was brought from Africa and sent to what is now the municipality of Tadó in Chocó. He gathered an army of hundreds of Africans, along with the Mina brothers, to battle against slave masters. He assisted in fostering a sense of liberation among the enslaved Africans in Colombia.