Miami Cop Under Investigation For Telling Black Motorist: This is how you guys get killed 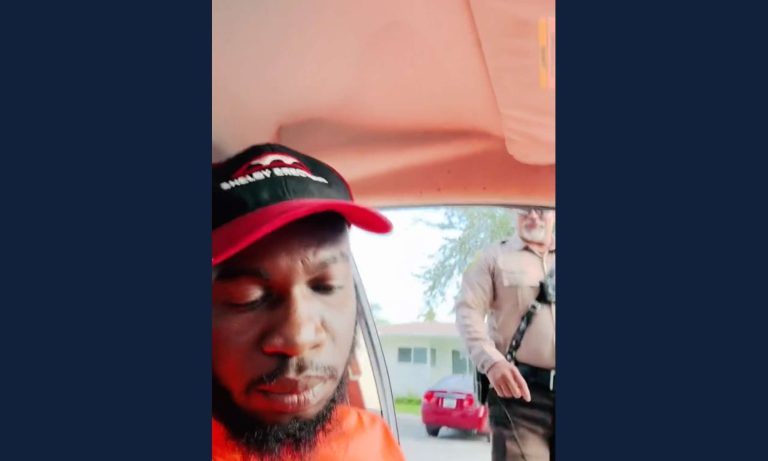 A Miami-Dade police officer is under investigation and has been assigned to administrative desk duty after being caught on video telling a Black motorist during a traffic stop, “This is how you guys get killed out here, man,” police said on Monday.

Gerardson Nicolas, 29, was on his way to work just before 9 a.m. on June 15 when an officer on a motorcycle pulled him over in North Miami Beach for not wearing a seat belt.

Nicolas told NBC Miami that he began filming after the officer who pulled him over took the keys out of the car’s ignition and opened the door.

A video of the encounter was posted to TikTok last Thursday and has quickly gone viral. In the video, Nicolas tells the officer that he was on his way to work

“No, you’re not going to work,” the officer says. “You’re gonna give me your driver’s license.”

Nicolas stated that he was driving his mother’s car and had difficulty locating his driver’s license and vehicle registration.

“Give me your driver’s license, registration, and insurance,” the officer instructs Nicolas. If not, you will not be going to work today. Simple thing man. This is how you guys get killed out here, man.”

“I was like, I’m going to die,” Nicolas told NBC Miami on Monday, explaining his fear for his safety during the encounter. “That’s what I was thinking.”

The Miami-Dade Police Department announced on Monday that it has launched an internal affairs investigation and will review 30 minutes of video captured by the officer’s body camera. Investigators will look into “the traffic stop, the officer’s comments, and conduct,” according to a statement. The bodycam footage will not be made public until the investigation is completed.

“Rest assured, we are committed to transparency and community trust and will address all matters of public concern equitably, fairly, and in accordance with applicable laws,” it said.

Nicolas told NBC Miami that the incident has had a long-term impact on him. “I can’t sleep. I can’t stop thinking about it,” he admitted. “I just want it to stop because sometimes I feel the way they treat us, they feel like we nothing.”

The president of the police union representing the Miami-Dade Police Department said in a statement that he does not believe the officer’s statements to be racially motivated, but that the officer was telling Nicolas of the risk of driving without a seat belt.

“It appears that the officer is referencing people who die due to not wearing a seat belt,” said Steadman Stahl, president of the South Florida Police Benevolent Association. “The only reference to race appears to be coming from the way this incident is being portrayed, not from the officer.”