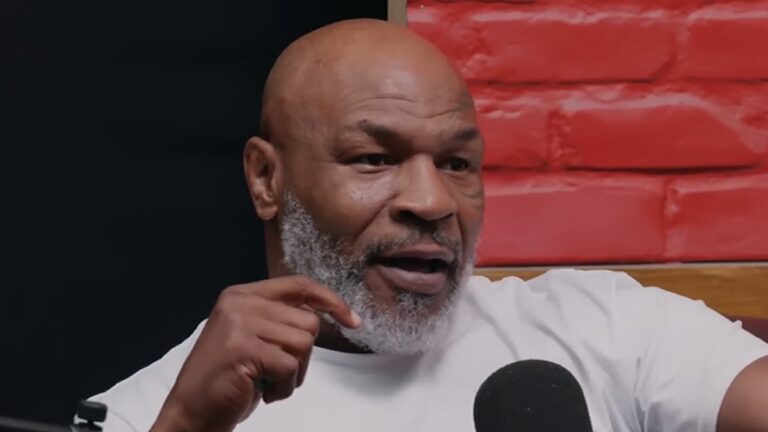 Mike Tyson is speaking out for the first time about his altercation with an “overzealous fan” onboard a taxiing plane, which was captured on video.

In a now-viral video, Mike Tyson, former undisputed heavyweight champion, can be seen punching Melvin George Townsend III after the man threw a bottle at him prior to takeoff on April 20.

The San Mateo County District Attorney’s Office decided not to file any charges in connection with the case after reviewing the video and interviewing both parties involved.

The JetBlue plane brawl and subsequent fight were among the topics discussed on a recent episode of Tyson’s podcast Hotboxin’ With Mike Tyson.

Read more: Mike Tyson punches passenger for irritating and hitting him with a water bottle

‘Yes, they said they ain’t gonna pick up charges,’ the Brooklyn, New York native joyfully shared at first. Tyson could be seen in the video sitting in his first-class seat as Townsend appeared to try to talk to him.

Tyson described the man’s antics as ‘fu**ing with me man,’ adding, ‘I took pictures with this n****.’

According to Tyson, there is always the possibility of him being confronted by “overly excited” fans, and this happens frequently enough that his wife, Lakiha Spencer, does not want him to fly on commercial flights.

In the 1980s, the “baddest man on the planet” laid out some scenarios if he increased security or flew with an entourage.

‘What am I going to do on a fu**ing plane with my friends and [a bodyguard] he’s supposed to watch me?’ he asked co-host DJ Whoo Kid and his podcast guests Matt Barnes and Stephen Jackson.

Mike Tyson went on to say that incidents like the one on the plane triggered him. Tyson admits, with the benefit of hindsight, that engaging in confrontations with troublesome fans isn’t worth the fight.

The San Mateo County District Attorney’s Office decided against charging Tyson “due to the circumstances surrounding the confrontation.”

These circumstances include ‘the victim’s conduct preceding the incident, Mr. Tyson’s interaction with the victim, and both the victim and Mr. Tyson’s requests that no charges be filed in this case.’