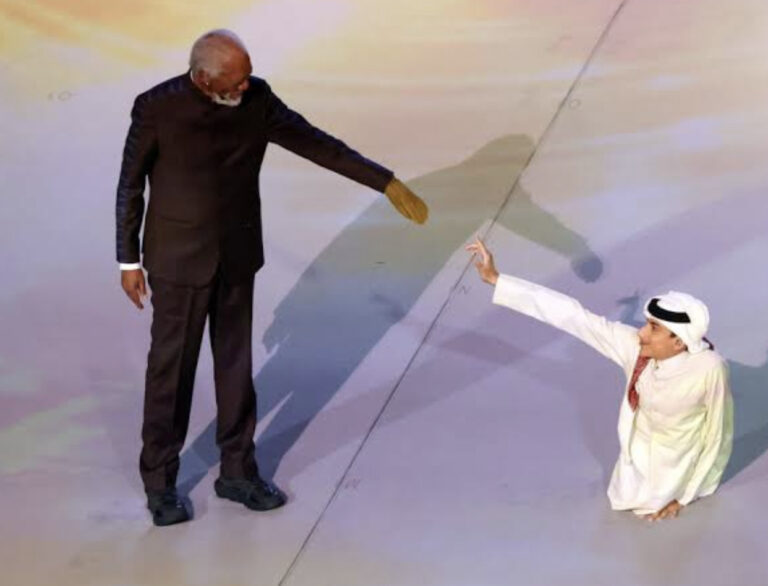 Hollywood Superstar Morgan Freeman has come under backlash from fans after leading the opening ceremony at the Qatar 2022 FIFA World Cup. The 85 year old helped open the tournament Sunday by narrating a piece called The Calling at Doha’s Al-Bayt Stadium, which paid lip service to inclusion, diversity and understanding.

“We gather here as one big tribe and Earth is the tent we all live in,” Morgan Freeman told the crowd at the opening ceremony.

The idea that Freeman welcomed all to a nation criticized for its laws against women and LGBTQ people as well as its treatment of migrant workers has many of the actor’s fans upset.

“For a man who played Nelson Mandela – who knew better than anyone the impact and importance of isolation on a country and its success on the ground to change that nation’s policy – it is so disappointing to see #MorganFreeman take the money and support an oppressive regime,” one person posted to Twitter.

“@morganfreeman very disappointed, some people will do anything for money. Won’t watch #shawshankredemption again,” another user tweeted.

“Morgan Freeman should be ashamed. How much they pay you? How much is your integrity?” one person questioned. “Never rise your voice to talk about of minorities. You just lost that privilege.”

Due to complaints about gender inequality, homophobia, and human rights violations in Qatar, the World Cup this year has drawn criticism and controversy, leading many to boycott the event.