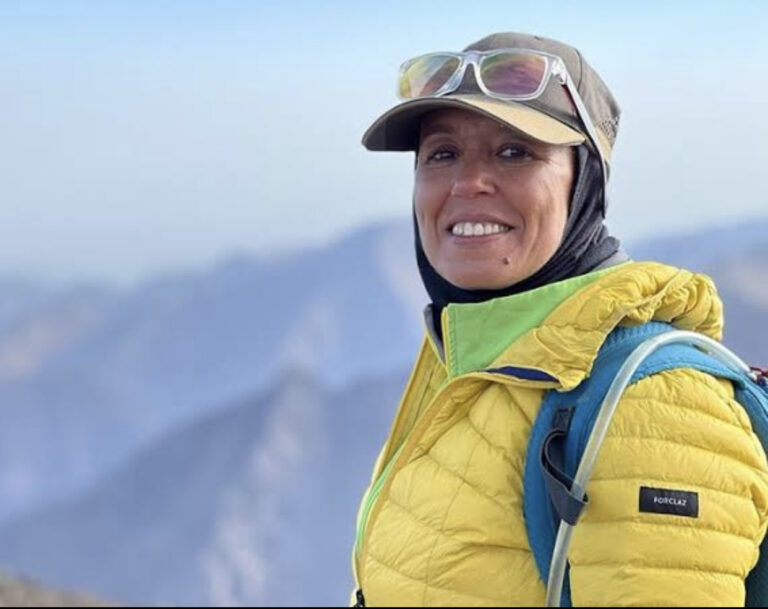 Bouchra Baibanou is the first Moroccan and North African woman to successfully complete the seven summits of the world because of her love of mountaineering.

Kilimanjaro, Africa’s tallest mountain, served as the catalyst for everything. This ascension is when Baibanou’s life drastically changed course.

“I started to find the highest peaks of each continent. I took my husband with me to climb Kilimanjaro in Tanzania and that was the trigger. After that, I went on to climb many summits. Climbing Everest was one of the most memorable experiences of my life. Climbing to the top of the world at 8849 meters is not easy. There were many difficulties and obstacles. It was a very difficult ascent that marked me a lot,” said Baibanou, a mountaineer.

To document her exploits, Bouchra Baibanou has published a book titled ‘My Way to the Seven Summits’. In it, she tells the details of her long journey to climb the seven mountains.

“I managed to get this book out, it’s 380 pages with a lot of anecdotes, life lessons and messages that I wanted to pass on through this book to inspire people,” she said.

A poetic feature film that retraces Baibanou’s journey as a mountain climber has also been made.

“I discovered that Bouchra was not an iron woman, she is a woman like all other women and what made the difference is her mental strength which is more in her will. Even if it talks about Bouchra’s ascension, it talks about the ascension of all Moroccan and Arab women and even all women in the world,” said Mehdi Moutia, director of the film Al Qimma (The Peak).

Next February, Baibanou will return to Mount Kilimanjaro but this time for a social cause.