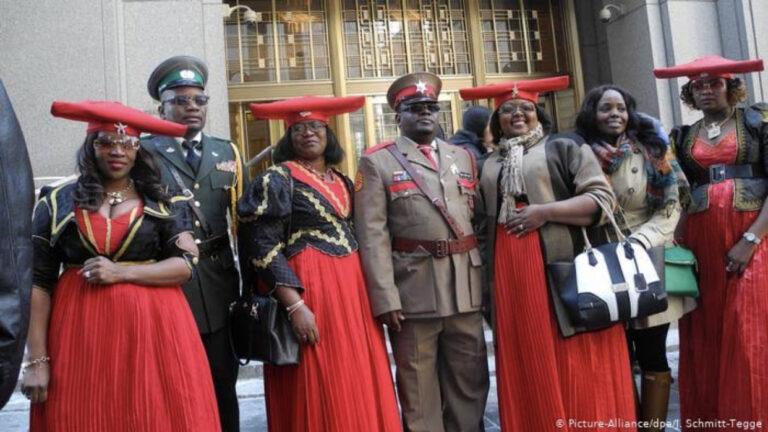 To re-address the genocide agreement made between the two governments last year, Namibia wants Germany to return to the bargaining table.

“Technical committees of Namibia and Germany discussed the issue and proposed that amendments be made to the joint declaration in the form of an addendum which was submitted to the German government,” Namibia’s vice president Mbumba told a meeting of traditional leaders in the capital Windhoek, on Thursday (Oct 27).

No details of the changes being sought have been made available. Namibia now awaits a response from Germany.

The request to review the deal was made in July following discussions in the Namibian National Assembly. The government was coming under mounting criticism from the opposition.

As we previously reported, Germany acknowledged in May last year that it had committed “genocide” in the southern African territory which it colonised between eighteen eithy four and 1915.

After over 5 years of negotiations, Germany offered about a billion dollar in development aid spread over 30 years to benefit descendants of the Herero and Nama ethnic groups. Stressing it would be paid on a “voluntary basis” and that the agreement was not comparable to “reparations”.

Many Namibians rejected the agreement, arguing that the descendants of the Herero and Nama had not been sufficiently involved in the talks.