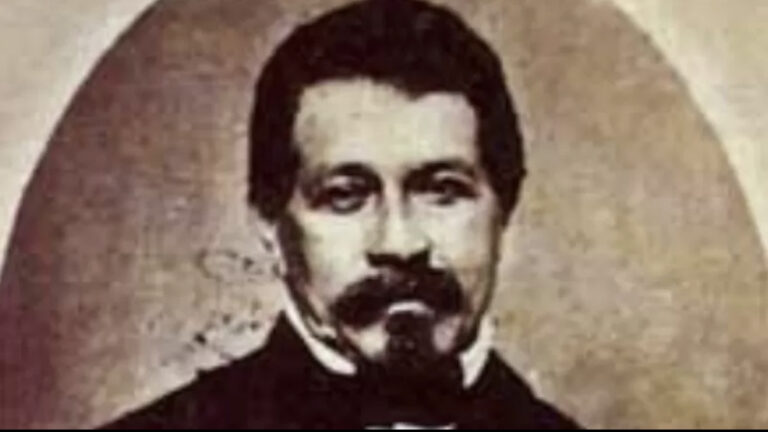 Colombia made history on June 17, 2002, when Francia Marquez, the nation’s first female Afro-Colombian vice president, was elected. Marquez wasn’t the only Black Colombian to hold one of the top posts in the government, either. Juan José Nieto Gil, who served as Colombia’s first and only Black president in the 19th century, also made history.

Nieto Gil was born in 1805 in Baranoa, Colombia, during a time of revolutions that changed his nation and gave him the opportunity to rise in society and politics. Nieto Gil devoted his life to fighting in wars to free Latin American nations from Spanish rule.

Being the only Black president in the history of Colombia was not the only or the most difficult of the social achievements that Nieto Gil had to break throughout his life.

In 1861, Nieto Gil was elected president. But one of his biggest accomplishments came on May 21, 1851, when, as governor of the Canton of Cartagena, he proclaimed the end of slavery on Colombia’s northern coast. Because of this, the nation now recognizes that day as “Afro-Colombian Day.”

He assumed control of the Granadian Confederation, which at the time included Panama, for seven months.

The Early Life Of Nieto Gil

Nieto Gil was born into a poor family, but at the time, both his family and the Baranoa were free Black people.

Nieto Gil and his family made the decision to relocate to a different place for safety when the Caribbean Coast was rocked by the fights for independence between patriots and royalists in 1811. They eventually relocated to Cartagena, a significant port city that was starting to decline as a result of the battle and, along with it, was witnessing the emergence of a new political regime.

She was a well-known member of Cartagena society. She assisted Juan José Nieto Gil get access to the local aristocracy on behalf of Juan José Ponce de León, a Canarian businessman with rank in the new nation. José Nieto Gil has gained a lot of popularity among the local elite due to his fair skin and a self-taught reading preference that prompted him to read from the church library in his town.

He devoted himself to literature and socializing when Carmen Ponce de Leon passed away, which is how he met Josefa Teresa Plácida de Los Dolores Cavero y Leguina, his second wife. One of Cartagena’s wealthiest families was Cavero y Leguina’s.

The Political Career Of Nieto Gil

Juan José Nieto Gil had a strong dislike for totalitarian governments as a result of the freedom and civil rights principles he learned about from the books he had studied. Later, he published a paper in which he declared that the rebellion was the most holy of the people’s obligations toward a dictator, who should be immediately put to death by men of liberty.

José Nieto Gil has advocated for federalism as the ideal political system for the nation in numerous pieces for regional publications.

He was made captain at this time and engaged in numerous conflicts in support of Colombia’s independence. He was injured on April 1 and taken prisoner in Tescua. After being ejected, he went into exile in Jamaica.

After three years in exile, Nieto Gil was able to return to Colombia after the Tomás Cipriano de Mosquera administration passed an amnesty in the Colombian Congress shortly after. He resumed his political activities upon his return to his own country and was elected governor of Cartagena in 1850. Nieto Gil took office as Colombia’s president in 1861.

Unfortunately, Nieto Gil received no honors at any point in Colombia’s history. He was unfortunately a Black activist, liberal, and reformist who was neither befitting of the title of president of Colombia nor instilling a sense of pride in the elites.

Juan José Nieto Gil wasn’t acknowledged in his own country for about 150 years, despite the fact that he was significant to the history of the nation. But 2018 saw the official placement of Colombia’s first and only Black president’s picture in the city’s presidential palace.

The Colombian government sent Nieto Gil’s image as president, which included his Afro-Caribbean features, dark skin, thick hair, and presidential band, to Paris after he passed away in 1866 so that his Black features might be made lighter.

The political elite did not like the portrait even after the revisions. The painting eventually wound up in the museum’s cellar in Cartagena, Colombia, a city in the Caribbean.

Nieto Gil was the first (and only) president of African descent in Colombia. His rule was short-lived, however. On July 18, 1861 General Mosquera forced him from power and took control of the nation. Juan José Nieto Gil abandoned politics and died on July 16, 1866 in Cartagena, Colombia at the age of 61.

After his death, Nieto Gil was mostly forgotten in Colombian history due to racism. His official presidential portrait was taken to Paris and altered to make his skin appear white. In the 1970s, Colombian historian and sociologist Orlando Fals Borda rediscovered Nieto Gil’s African-ancestry. He discovered the original portrait of Nieto Gil in the Palace of Cartagena and launched a campaign to have it presented to the world. On August 2, 2018, a replica of the original portrait in the presidential palace was presented by Colombia former president Juan Manuel Santos to the leaders of the Afro-Colombian community.

How to say hello in 50+ Different African Countries